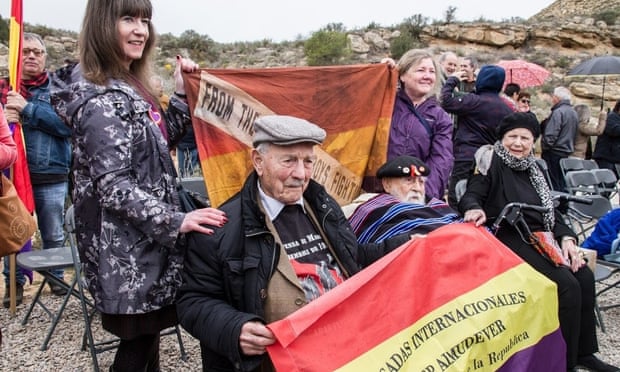 THE man believed to be the last surviving veteran of the 35,000-strong International Brigades who volunteered to travel to Spain to fight against Franco’s fascist rebellion has died in France aged 101.

Josep Eduardo Almudéver Mateu, who was born in July 1919 in Marseille to Spanish parents, lived in the Valencia town of Alcàsser, when the coup sparked the Civil War in Spain.

He lied about his age to join the republican army but was wounded and sent home when his true age was discovered. He used his French nationality to join the International Brigades to return to the fighting.

When the brigades were disbanded and volunteers sent home, Almudéver returned to Spain but following Franco’s 1939 victory, he was sent o a concentration camp in Valencia’s Albatera and lived through the horrors of seeing comrades executed.

When the camps were closed, he spent another three years in prison before being released and joined a guerrilla movement fighting the regime. He fled into exile to France in 1947 and did not return to Spain until 1965. He died on May 23 in France.

He was honoured by the Valencia government for his part in the fight for democracy and freedom two years ago – and the regional authority paid tribute to him on Tuesday.

Valencia president, Ximo Puig, described Almudéver as “a Valencian who fought for the democratic convictions of all his people.”

He added: “The last international brigader has said goodbye to us at the age of 101.

Described as the ‘last man standing’ of the International Brigades, Almudéver is survived by his 104-year-old brother Vicente – who also fought in the republican army.