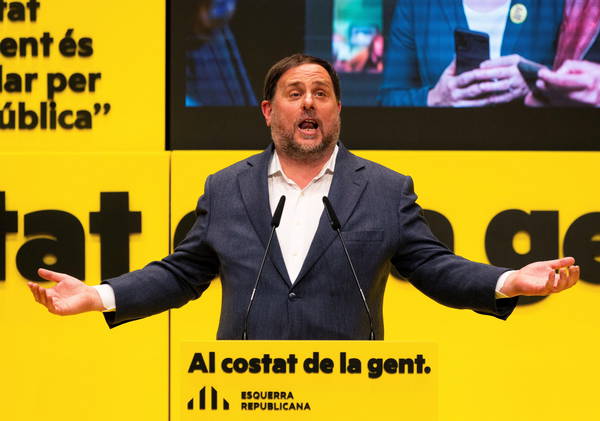 PRIME Minister Pedro Sánchez must decide whether to pardon Catalan rebel leaders after judges said they had seen “any evidence or sign of regret”.

The Catalan 12 were jailed or fined for their roles in the region’s failed bid for independence in 2017; resulting in the politicians variously being found guilty of sedition, embezzlement, and disobedience.

According to Spanish daily newspaper El Pais, which published a court document, the judges could not recommend a government pardon.

It leaves a delicate decision for Sánchez and his Madrid government which has the final say on possible pardons for former Catalan vice-president Oriol Junqueras and other Catalan leaders, nine of who were jailed as a result of the independence drive for the region.

El Pais said the legal judgement only made it possible for central government to grant a partial pardon – the request for leniency cam from a third party rather than from the ranks of those found guilty.

The premier has said his government’s decision will be based on the constitutional value of “concord” rather than any desire for “revenge”.