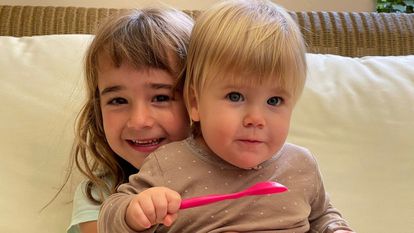 SEARCH teams combing the seabed off Tenerife have located the body of one of two sisters kidnapped by their father Tomás Gimeno – the girls missing since April 27.

The body of six-year-old Olivia Gimeno Zimmermann was found in a sports bag, weighed down by the anchor of their father’s boat.

The Guardia Civil and the Canary Island’s high court confirmed the body was of the schoolgirl; the underwater search for one-year-old sister Anna and their 37-year-old father continues.

The vessel was found adrift off the island on the day after the three vanished. Gimeno is believed to have taken both children – he told their mother she would never see them again, but he would take care of them

The boat was later found off the east coast of Tenerife. Traces of the father’s blood were found on board and a child’s car safety chair was later found floating in the sea.

His ex-partner Beatriz Zimmerman, 35, has been informed of developments as the search continues, an operation described as ‘complex’ by the authorities because of the size of the area being covered and the depth of the ocean, requiring specialist equipment.