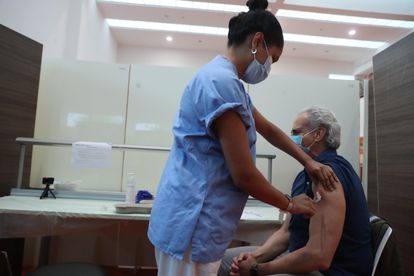 THE Spanish government has failed to meet its target to have 15 million people fully vaccinated against Covid-19 by June 20 by almost 600,000.

It is the first time the rollout has fallen short on the roadmap set out by Prime Minister Pedro Sánchez to have 70% of the population immunised by the end of summer.

However, the Spanish media reports the health ministry missed the next landmark figure and on June 20, a total of 14.4 people were fully vaccinated, falling short of the target.

It was claimed the goal would have been reached if regional authorities – responsible for vaccinating across the country – were given access to 2.9 million vaccines held in reserve.

These were held in reserve in case of delays in receiving shipments in the vaccination programme and include 2.1 million doses of AstraZeneca and one-shot Janssen jabs.

The media maintains the delay is having the biggest impact on the 60 to 69 age group, which has mainly been given AstraZeneca and less than a third have had a second shot – compared to 54% of 50 to 59-year-olds who joined the programme schedule later.

And while there was a planned delay of between 10 and 12 weeks for the AstraZeneca jab, Federico Martinón, an advisor to the World Health Organisation, believes 60 to 69-year-olds should get fully covered as soon as possible.

“Fully vaccinating this age group take priority over immunising a person who is 40-years-old,” he said – underlining they were the most vulnerable group after nearly all of over 70s had received both jabs.