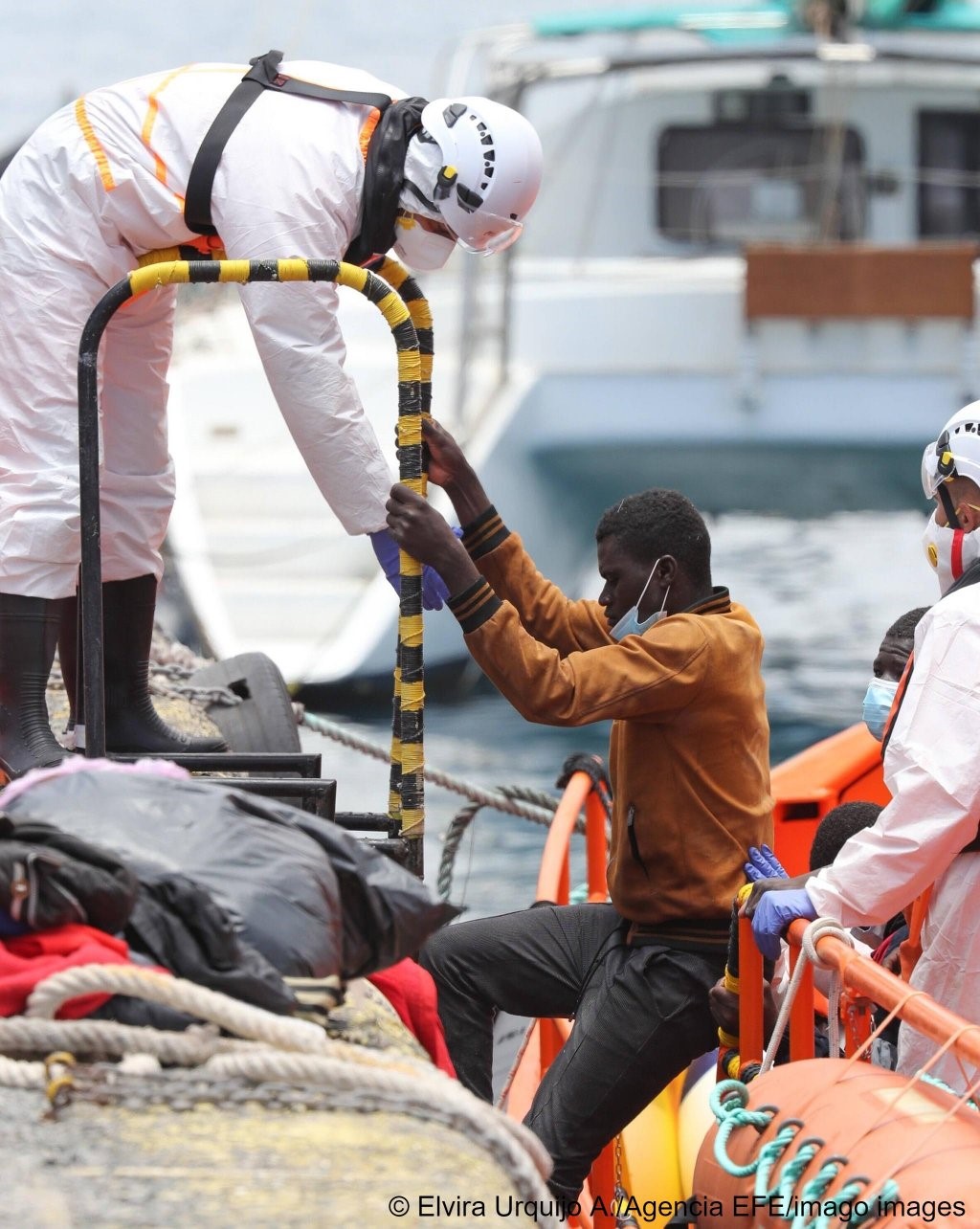 THE Spanish coastguard rescued 45 migrants – including eight children – from a small boat 38 nautical miles off Gran Canaria on Sunday.

The travellers were landed on the largest of the Canary Island archipelago and were described as being in ‘relatively good health’ by the emergency services; however, seven were taken by Red Cross volunteers to a clinic for treatment for ‘various conditions’.

Since the start of 2021, more than 5,700 migrants have made landfall on the islands after the perilous journey across the Atlantic from the African coast – more than double the number over the same time period 12 months earlier.

The migrants were said to be from a number of sub-Saharan countries. The alarm was raised on Sunday morning when the search and rescue service was alerted by a merchant vessel that a migrant boat was in need of help.

The skipper of the ship was instructed to remain close to the boat and keep
occupants calm until the maritime rescue vessel arrived to take them to shore.