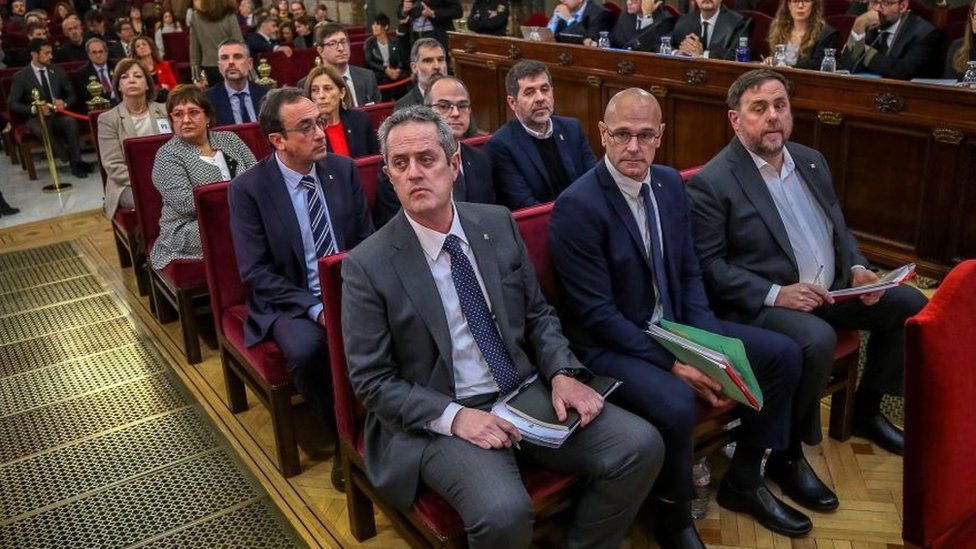 Spain has formerly pardoned the nine leaders convicted over Catalonia’s failed bid for independence in 2017.

They were jailed after being found guilty of sedition in 2019; three others were fined after being convicted of disobedience but escaped jail terms.

However, the government believes the move will help heal tensions over the region; the separatist drive to break away sparked the country’s biggest political crisis for 40 years.

Prime Minister Pedro Sánchez said: “With this act, we want to open a new era of dialogue and reconciliation – and to end once and for all the division and confrontation.”

The pardons do not overturn a ban on the jailed leaders’ holding public office and the premier stressed they were imprisoned for their actions and not for their beliefs.

The decision is not universally popular; one newspaper said 60% of Spaniards were against the move and government opposition leaders have indicated they will appeal the move.

Isabel Díaz Ayuso, the centre-right president of the Madrid region, said it was a humiliation for Spain. “Far from bringing harmony, it strengthens separatism and social division.”