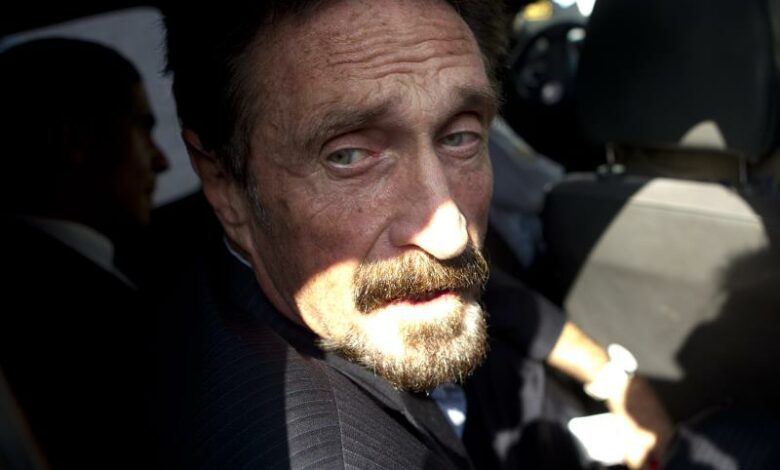 BRITISH-BORN businessman John McAfee committed suicide in his Barcelona prison cell after learning he was to be extradited to face tax evasion charges in the United States.

The 75-year-old, who invented the McAfee anti-virus programme, was found dead on Wednesday afternoon and had been held in custody since October.

According to respected Spanish daily newspaper El Pais, a preliminary investigation found he took his own life – it said sources revealed he hanged himself and a note was found in his pocket.

Earlier in the day his lawyers had told McAfee the court had approved the extradition – and an appeal was be worked on.

His wife Janice has since visited the prison and spoken to authorities there – she said she spoke to her husband on the day he died and told the media he had no intention of killing himself and they had promised to talk again that evening.

McAfee’s defence team has spoken out against the “cruelty of the system” that held him behind bars as a 75-year-old alleged to have committed non-violent crime and that bail with strict conditions had not been undertaken.