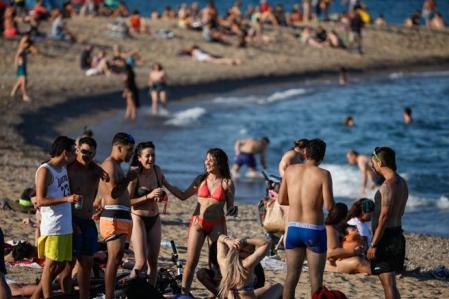 INFECTIONS amongst young people are behind the latest spike in Covid-19 say worried Spanish health chiefs.

The contagion rates have been falling since April but recently the downward trend began slowing and on Wednesday began rising once again – the 14-dat cumulative number of cases now stands at 117 per 100,000 people.

Central government health minister Carolina Darias has called for “prudence”; while experts warn that while the illness is much milder in the young, it can cause serious symptoms for older family and friends in their circles.

The younger members of the community lack protection as they have yet to be the focus of the vaccine rollout across Spain, while their lifestyle serves to transmit coronavirus.

And the new threat comes as covid restrictions are relaxed across Spain and night bars and clubs open their doors again – a magnet for young people and, according to experts, behind the “explosion” of infections.

Darias believes the vaccination programme will prevent any huge increase in Covid. “But we cannot be complacent because the virus is out there”; she called for “responsibility” and for people “not to drop their guard”.

Daniel López-Acuña, a former director of emergencies with the World Health Organisation, said a ‘micro-wave’ was affecting Spain. He said: “This is a problem associated with the end of the state of alarm, the end of the night time curfew, and the relaxation of restrictions for nightlife.

“What’s more, this has contributed to the false sense of security given the supposed invulnerability of young people to the virus.”