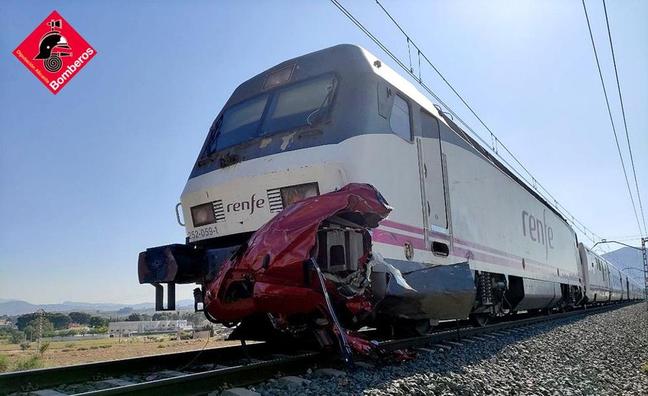 Four people killed in collision between a car and train

SPANISH railway authority Adif has launched an inquiry after four people dies after their car was hit by an intercity train at an unmanned level crossing south west of Alicante on Friday evening.

The high-speed train was running from Barcelona to Lorca and it took a kilometre to stop after colliding with the car on the crossing at Novelda.

The three women and a man in the car came from the nearby towns of Elda and Petrer.

Shocked passengers said they heard the sound of metal scraping against the train and could smell petrol after the accident. One woman was treated on board by medics who said she suffered an anxiety attack.

Emergency services at the scene could only confirm the occupants of the car were dead; firefighters were needed to release the bodies from the wreckage of their vehicle

Adif, which runs the Spanish railway network, has opened an investigation into the accident and remained ‘at the disposal of the authorities’; it also expressed its condolences to the families of the victims.

It is understood the crossing is controlled by barriers. In 2017, Adif had considered removing the crossing and replacing it with a tunnel under the line or a bridge over it – however, it is scheduled to be removed in the near future to make way for the Mediterranean Corridor.