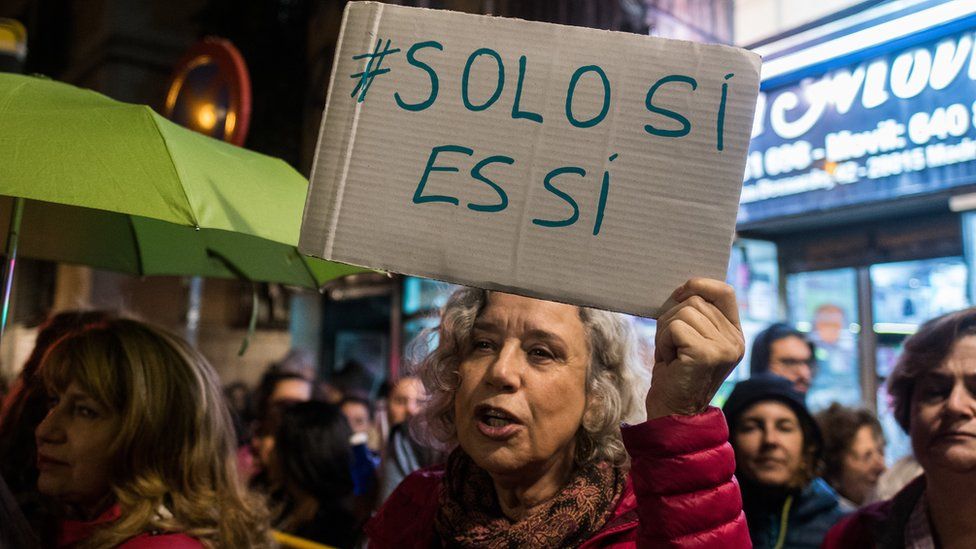 THE Spanish cabinet has approved sweeping legislation to protect people and assist victims of sexual violence.

Popularly known as ‘solo si es si’ – or ‘only yes means yes’ – the law will consider all sex acts without explicit consent as rape.

A weighty 113 pages, the bill is expected to go before the Spanish parliament in September and will define the existence of a sex crime by the lack of express consent; a change from existing law which considers whether a victim put up a resistance or remained passive.

Spain does punish non-consensual sex acts but there is no existing definition of consent in criminal statutes, which requires proof od violence or intimidation to determine a rape case.

The bill states: “Consent will only be understood to exist when it has been freely manifested through acts clearly expressing the individual’s will, considering the circumstances of the case.”

A comprehensive bill, it also covers such things as street harassment, forced marriages, and trafficking of women. It also sets out compensation for victims and support measures similar to those used to help victims of domestic violence.