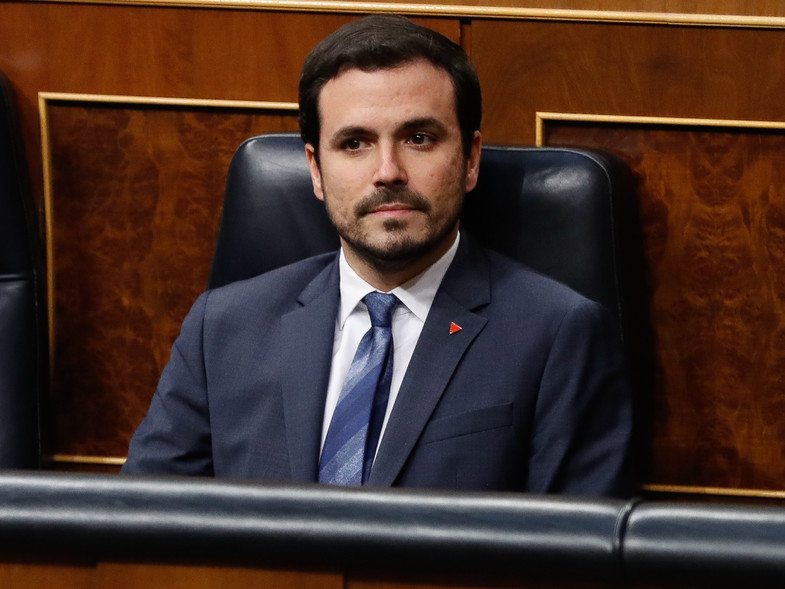 A SPANISH politician has been roasted by government colleagues over his efforts to entice the country to eat less meat.

Consumer affairs minister Alberto Garzón was behind the message to eat less meat but has upset members of the coalition government in Madrid and producers – the industry accounts for 2.5 million jobs and exports alone are worth €9 billion.

“Eating too much meat is bad for our health and for the planet,” said Garzón – who was forced to defend the campaign and clarify his stance on television.

He said the idea was not to stop eating meat altogether but to cut down consumption – Spain’s food regulator recommends eating between 200g and 500g a week; at present the average Spaniard eats more than 1kg.

And the World Health Organisation said health experts in many countries advised cutting back on processed and red meat which have been linked to heart disease, diabetes and other illnesses. However, meat remains a dietary staple across the world for cultural, economic and personals reasons.

But the consumer affairs message for moderation was still hard to swallow in the corridors of power – agriculture minister Luis Planas said: “It seems to me the campaign is unfortunate.”

He said it was “unfair” to producers and his views were echoed in an open letter to Garzón from six meat producers’ associations saying it was a mistake.

Spanish Prime Minister Pedro Sánchez appears to side with meat eaters; he told a press conference on a visit to Lithuania that, for him, steaks were “unbeatable”.

The debate has illustrated the differences in the government. Planas is a member of the premier’s own socialist PSOE party, while Garzón is from the left-wing Unidas Podemos, the junior partner in the coalition and backed by younger and urban progressive voters.