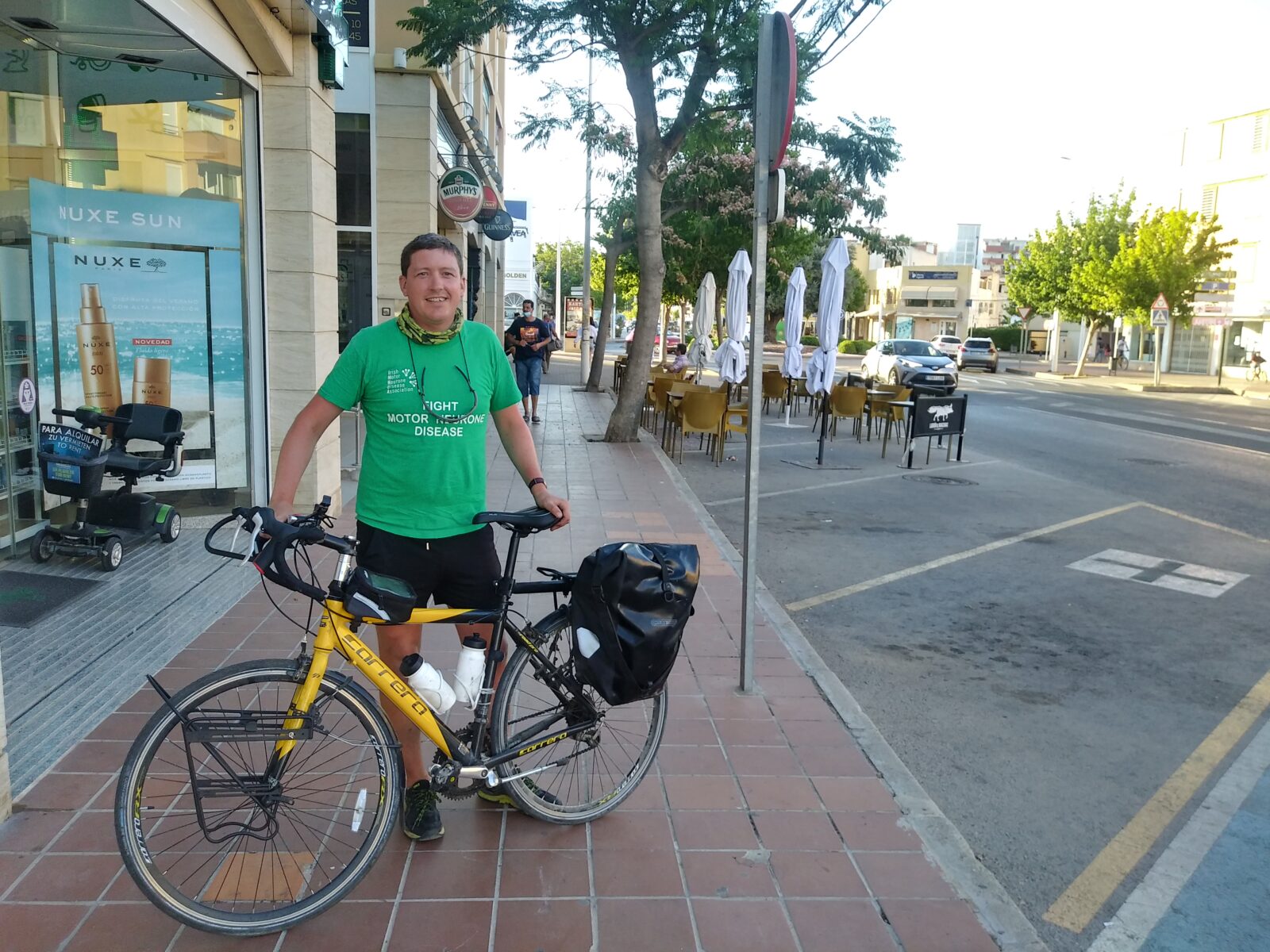 CHEF Alisdair Anderson is using pedal power to raise money for the charity which came to the aid of his partner Ruth as he cycles 2,750km in her memory from Dublin to the Nerja on the Costa del Sol.

Ruth Staines passed away on April 3 this year after being diagnosed with Motor Neurone Disease in May 2020. She was just 31.

This week Alisdair continued his marathon ride along the Spanish coast and BayRadio spoke with the 38-year-old as the challenge continued.

He said he was raising money through a ‘Just Giving’ appeal for the Irish Motor Neurone Disease Association and as he continued south, the total topped the €50,000 mark.

The charity provides care and support for people with MND, their family, friends and carers. Alisdair admitted: “Without them we would have been lost”.

They lived in Dublin but both saw the Andalusian coastal town – Alisdair’s parents still live there – as a second home, the community where they met and made a host of friends.

After her funeral, he admitted he felt lost after giving up work to care for Ruth and just ‘sat in the house’ for a few weeks.

“I was thinking I just can’t sit here…and I really wanted to go and see friends in Nerja and see my mum and dad as well,” Alisdair said. “I decided to cycle to Spain and raise money as well.”

The epic adventure started on May 14. “I did no training, I just went for it and decided to come at my own pace; to have rest days and try to enjoy it. I didn’t think it would snowball like it has – even before I got on my bike, the total went passed €20,000.

“The media got really involved in Ireland, I wasn’t really ready for that, I think at that stage I was still very tender and it was very difficult to keep emotions in check.

“The last year has been very surreal. It doesn’t make sense when MND happens to a very active healthy person.”

And he said despite rising summer temperatures ‘you get a nice breeze on a bike’; describing France as very humid, the Pyrenees as ‘very hot’ and underlining it was a ‘good idea’ to stick to the coast.

Alisdair added: “It is a little bit of a pilgrimage and sometimes it can be a little difficult to get going in the morning, packing everything up and getting back on the bike.”