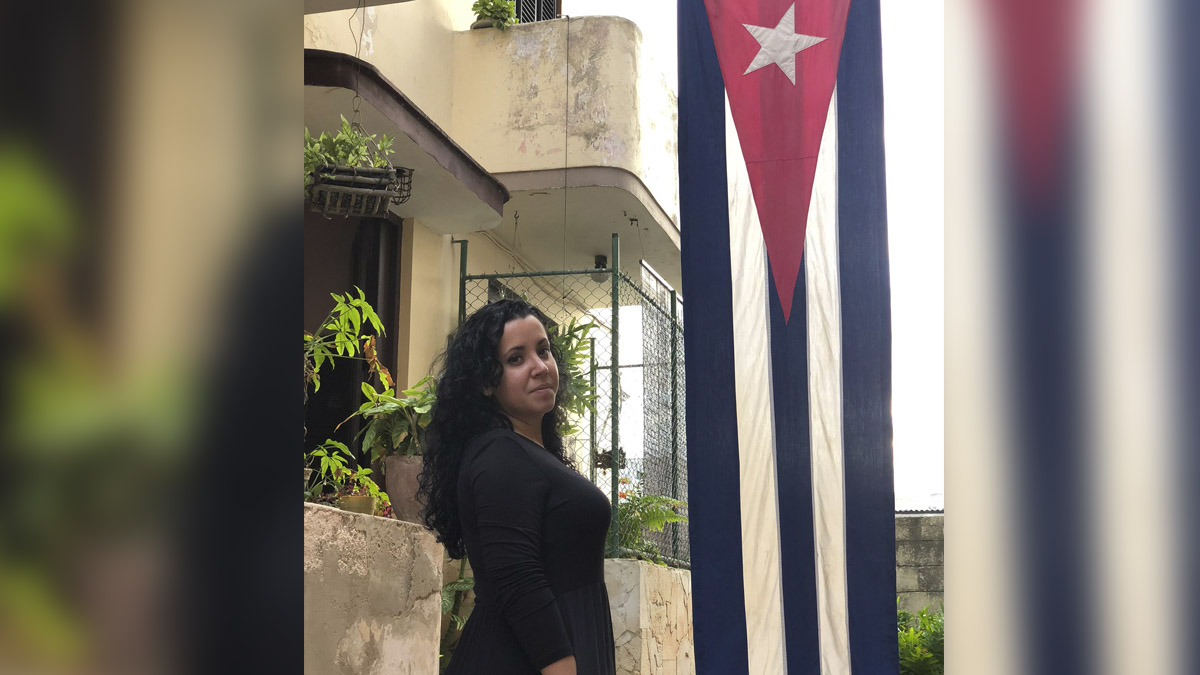 SPAIN has demanded the release of a journalist covering the demonstrations against the Cuban government in a crackdown on the ongoing protests.

Camila Acosta working on the island for Spanish daily ABC was held on Monday; the paper said she was accused of “crimes against state security” – a charge frequently used against dissidents.

It came as she reported: “Today I witnessed violence and repression against
peaceful protesters in Habana, the Cuban regime’s hatred and crude manipulations.

“Now is the time to pressure them to step down. If we give in now, we will have many more years of dictatorship.”

The Spanish foreign ministry has called on the Cuban government to allow peaceful protests and Foreign Minister Jose Manuel Albares called for her “immediate release”.

He said: “Spain defends the right to protest and asks the Cuban authorities to respect that. We defend human rights without conditions.”

And the Spanish journalist association FAPE has also condemned the behaviour of the Cuban authorities. It said not only was Acosta arrested, two other journalists were injured, including a Spanish photographer.

FAPE said: “Journalists are usually harassed so they won’t share information, which, without their work, would remain hidden.”

Cuba’s President Miguel Diaz-Canel maintains that the United States is behind the unrest and the US embargo stoking “economic asphyxiation” to trigger “social outbursts”.

The Cuban government is also being accused of blocking social media and parts of the internet in a bid to control protests.