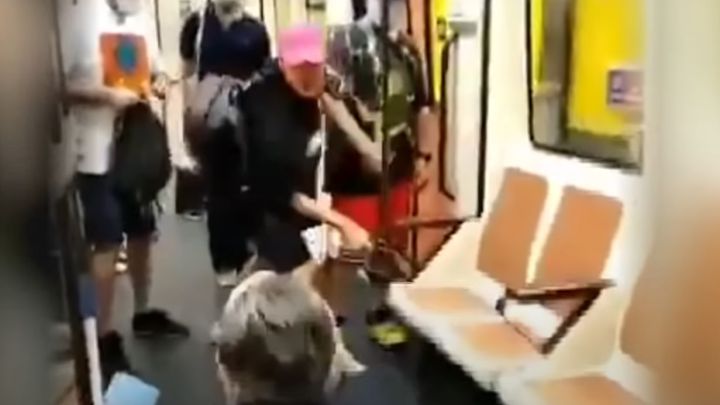 A MALE nurse was punched after asking a fellow passenger to wear a face mask on the Spanish capital’s underground transport system.

The National Police are investigating the incident after watching a video of the assault in a carriage as a train pulled into the station of Alto del Arenal, on Line 1 of the Metro.

It is alleged in a disagreement over wearing a mask – mandatory on public transport in Spain – the attacker punched the nurse in the eye and said “I hope you die” before jumping down onto the platform and fleeing.

The ugly incident was recorded on a mobile phone by another passenger and the victim, who was wearing sunglasses, is seen falling to the floor raising his hands to his face.

The nurse received first aid at the scene and needed hospital treatment for a serious eye injury but later discharged.

Police say the assault at around 10pm last Thursday night was also captured on CCTV and they have appealed for assistance in tracing the suspect, dressed in black, wearing a pink cap, and carrying a backpack.