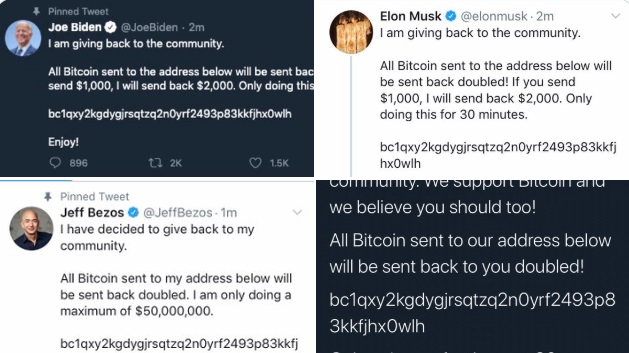 The suspect was arrested in Estepona and is accused of being part of a fraud that netted $117,000 – about €99,000 – after some 130 Twitter accounts belonging to high-profile figures and companies were targeted as part of a scam.

The offences date back to July 2020, when the 22-year-old and accomplices are alleged to have hacked accounts – including those of United States President Joe Biden; former president Barack Obama; Bill Gates; Kanye West; Kim Kardashian; and firms like Apple and Uber.

Messages left for followers encouraged them to send bitcoins to an account with the promise of doubling their money; saying: “If you send $1,000, I’ll return $2,000.”

It was the second arrest in Spain; a 17-year-old was held by police last August following an operation involving the FBI in America; the National Crime Agency in the UK, and the National Police in Spain.

O’Connor will face charges lodged in California by the USA Department of Justice including conspiracy to unlawfully access a computer, extortion, and cyberstalking.

It is understood accounts on TikTok and Snapchat were also hacked and it is
estimated some 350 million people ‘following’ the celebrities and companies received the fraudulent messages.

Twitter was aware of the incident affecting accounts at the time, describing it as a “co-ordinated social-engineering attack” and informing the authorities.