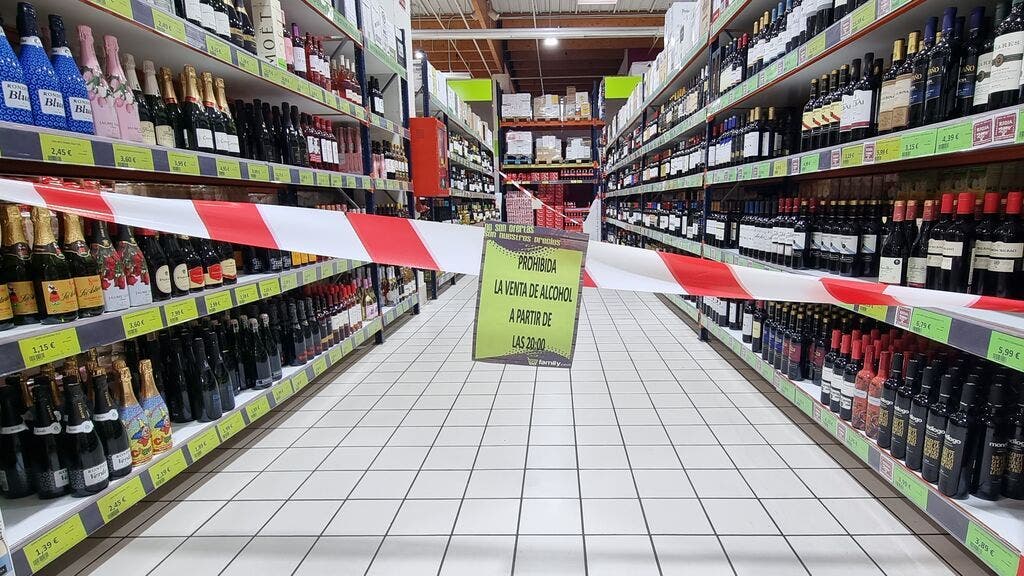 THE Valencia government has changed the rules regarding the sale of alcohol allowing a two-hour extension as new health restrictions come into force to combat the Covid-19 pandemic.

Retail outlets can now sell alcoholic beverages until 22.00 – previously ‘closing time’ for sales was to be 20.00 but the regional authority tweaked the hours with a new official resolution.

The restriction on off-sales is a move intended to prevent the growing number of illicit street parties known in Spain as the notorious ‘botellones’.

In its announcement, Valencia stated consumption of alcohol in public was prohibited 24 hours a day “except in authorised establishments during their opening hours”.

And the order continued: “The sale of alcohol is prohibited during business hours between 22.00 and 07.00 the following day in all types of establishments selling to the public, except those in which the sale of alcoholic beverages is intended for consumption on the premises.”

Licenced premises in Valencia are currently allowed to sell alcohol until midnight and must close at 00.30.