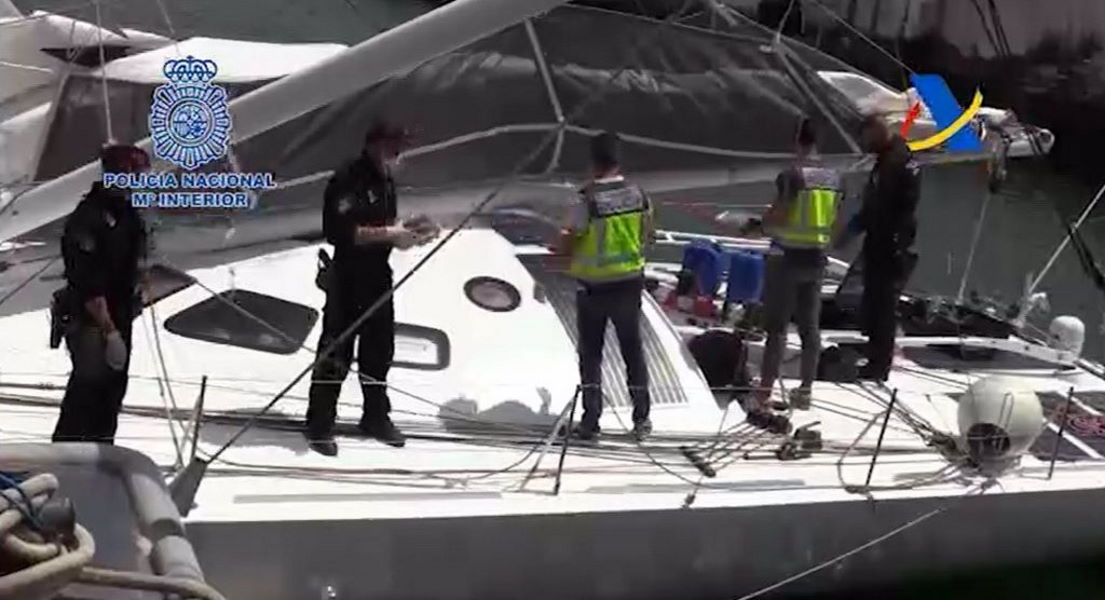 POLICE and customs officers boarded a professional racing yacht off the Canary Islands to prevent more than a ton of cocaine reaching the Spanish mainland.

More than 1,000 1kg packages of the drug were discovered secreted in the vessel – it was necessary to smash open the sides of the fibreglass hull to access the €60 million haul.

In a combined operation between Spain’s National Police and Tax Agency, together with France’s NRED and the UK’s National Crime Agency, the boat was stopped off the coast of Lanzarote.

The three crew members were arrested and five people have been held in different communities in Malaga on the Costa del Sol; police saying they are the alleged leaders of a well-organised criminal gang.

In a statement, the police said boarding the boat by specialist officers was “extremely dangerous” as the 18-metre-long competition sailboat – said to be worth €1 million – was capable of speeds of up to 20 knots.

“The crew was made up of experts in skippering modern racing yachts, who registered the boats in regattas in order to discreetly transport large quantities from South America to Europe,” said the police.

An investigation was launched in 2020 after intelligence work around Spanish ports and discovered a number of Europeans settled in the Costa del Sol and the Levante east coast all linked to the maritime smuggling of cocaine.

It was discovered members of the gang regularly travelled between the UK, Alicante, Malaga, and Caribbean islands such as Martinique and St Lucia.

In addition, police have frozen bank accounts and a ban on the sale of property was imposed. Paperwork for the maintenance of the various boats, ‘team’ clothing, and details of competitions was also discovered.