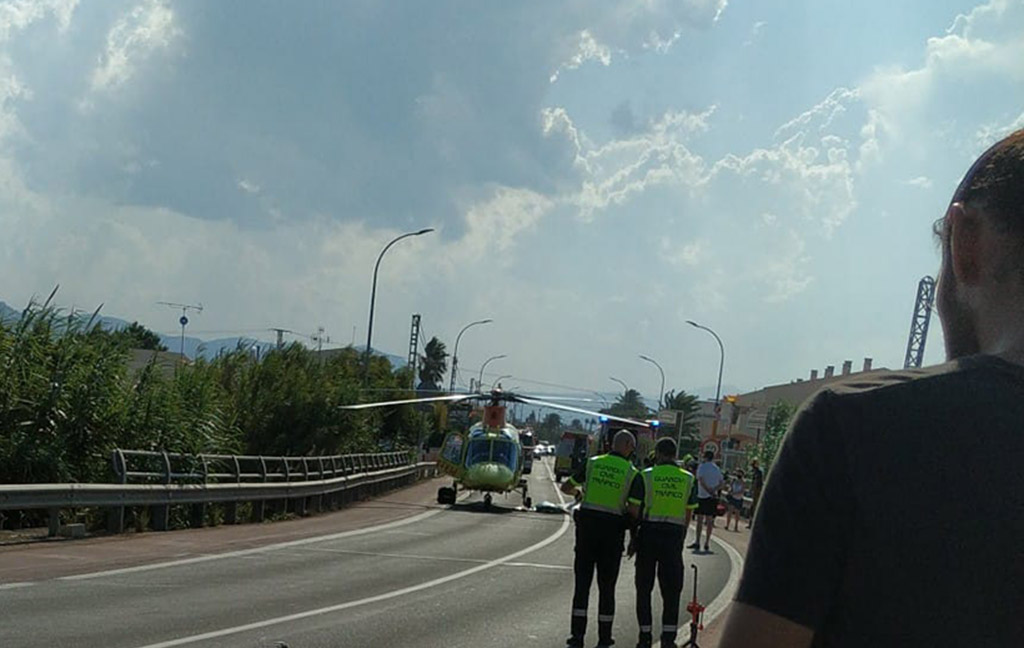 A biker has lost an arm, severed by a guardrail, after suffering an accident this afternoon on the Les Marines road, near the Girona River. For unknown reasons, the victim, aged between 40 and 45, came off the road and struck the metal barrier. In addition, he has suffered other serious injuries and has been evacuated in an emergency helicopter, which landed in the middle of the road.

After the accident, which occurred around 16:30 hours, the man struck the guardrail, while the motorcycle continued to drive a few metres until it exploded. The Dénia Local Police, the Civil Guard, an ambulance from the SAMU and the helicopter, as well as the firefighters, have gone there to clean the area.

The work has forced the road to be cut, which has been reopened to traffic around 18:30 hours. On the other hand, the health personnel have recovered the severed arm of the victim and refrigerated it with ice, in the hope that it can be re-attached.