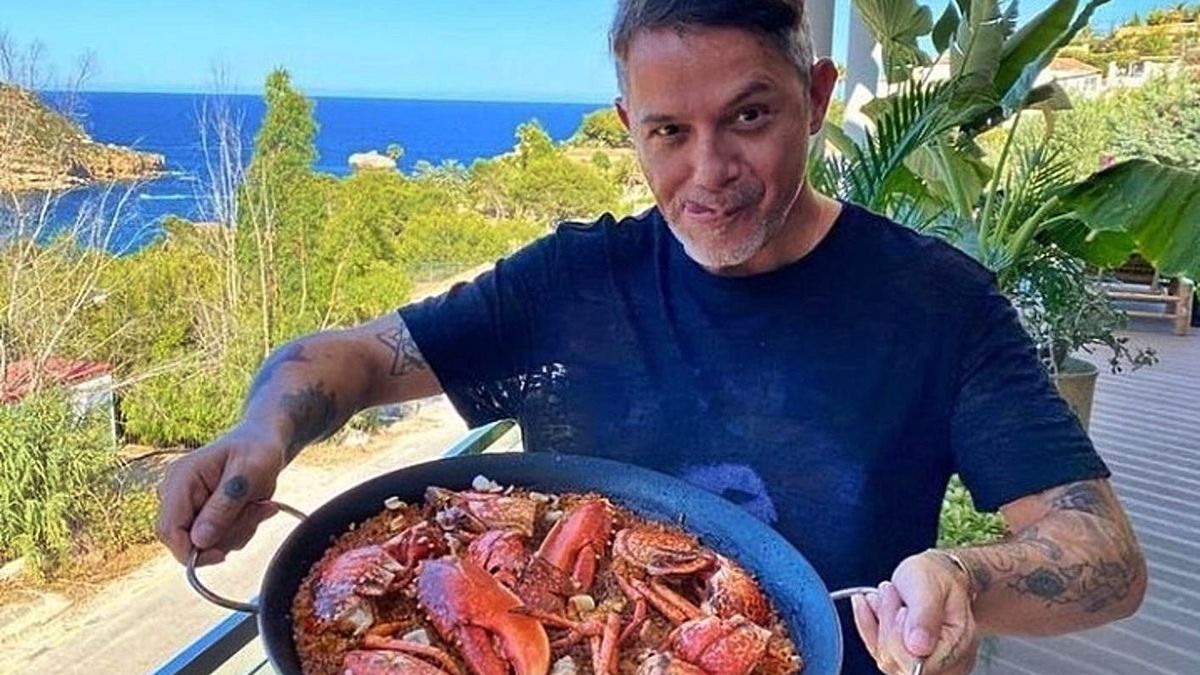 Incognito holidays and a lobster paella. But in the photograph you can see the landscape, there’s no doubt that it’s the island of Portitxol in Jávea. The singer Alejandro Sanz last Monday shared a photograph on his «Instagram» account for his millions of followers. The dish that the artist from Madrid was preparing was covered in lobster.

The photograph was taken on the terrace of a luxury villa on the street that goes down to the Cova de la Barraca, on the coast of Portitxol. It was built in 2014 and then put up for sale for 1.8 million euros. It’s still on the market.

The singer, who on Friday 23rd starred in the opening ceremony of the Olympic Games in Tokyo singing ‘Imagine’ by John Lennon, then spent a few days on holiday in Xàbia. Incognito, of course. But it has emerged that he sailed along the cliffs of Portitxol, Cap Negre, Cap de la Nau, Ambolo and Granadella.