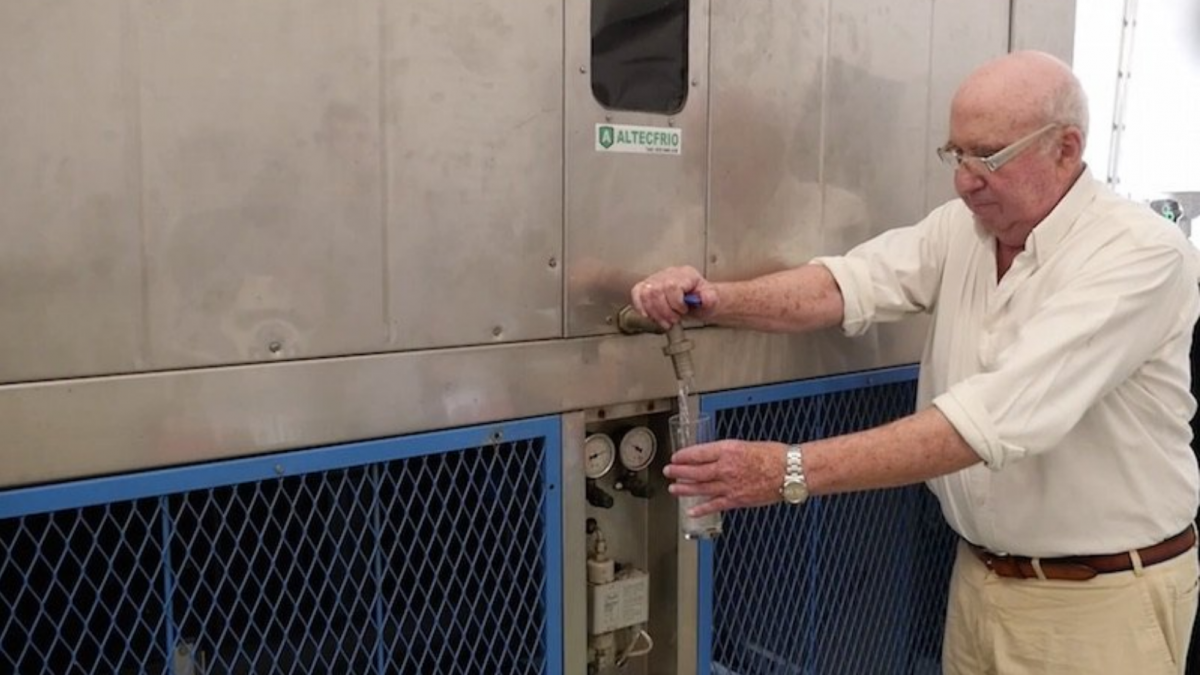 SPANISH company Aquaer has devised a system to create safe and clean drinking water from thin air – and a lifeline to supplying people living in arid areas.

Enrique Veiga, the 82-year-old engineer and company chief who invented the magic, said: “The goal is to help people…the goal is to get to places like refugee camps that don’t have drinking water.”

The technology is already delivering much-needed drinking water to communities in Namibia and a Lebanese refugee camp.

Enrique said the liquid alchemy had people puzzled. “In the villages we visited in Namibia, they were astonished; they didn’t understand – asking where the water came from.”

His machines use electricity to cool air so that it condenses into water; the same technology creates condensation in air conditioning units.

However, while water generators using similar technology require high ambient humidity and low temperatures to function efficiently, Aquaer’s machine work in arid climes and temperatures of up to 40 Celsius and humidity levels at 10% to 15%.

A small machine, easily transported, can produce 50 to 75 litres of drinking water a day; larger versions can create up to 5,000 litres in 24 hours.

And Enrique added: “Our idea is not only to make a device that is effective, but also to make it useful for people who have to walk for miles to fetch water or make wells.”