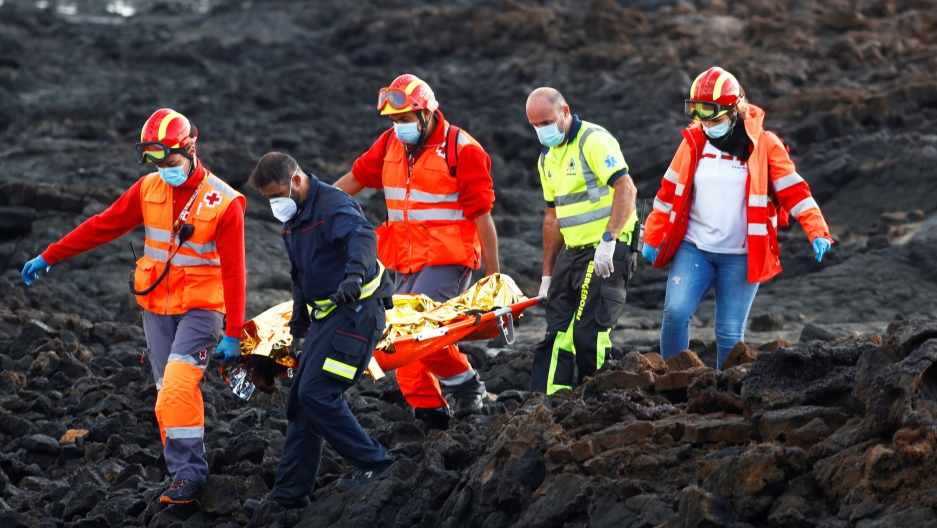 A BOAT attempting to reach the Canary Islands from Africa capsized killing 42 migrants on board – including eight children and 30 women.

The tragedy took place around 30 minutes after the vessel left Dakhla in Morocco, according to Caminando Fronteras, the Spanish NGO, there were 10 survivors, six women and four men.

Charity founder Helen Maleno said fishermen alerted the police after the boat drifted off course and capsized after being struck by a rogue wave on Thursday.

Caminando Fronteras believes at least 2,087 migrants have died in the first six months of 2021 attempting to reach Spanish soil; grim statistics compiled from data released by the Spanish and Moroccan authorities and information gleaned from families of victims.

The vast majority of deaths occurred on the dangerous route across the Atlantic from the west African coast to the Canary Islands. It is estimated about 50 people have died attempting to cross from Morocco to mainland Spain across the Mediterranean.

Maleno believes the number of drownings has soared because of the greater use of inflatable craft on the migrant route; safer wooden vessels are in short supply.

And she hit out at the lack of coordination between Spanish and Moroccan rescue services at sea which led to delays in reaching a stricken boat.

“There is no coordination. The information does not circulate between the two states…migrants can spend a whole day drowning.”

However, in recent days both countries have carried out rescue missions almost every day – also on Thursday, Spanish rescuers saved 26 African migrants off Gran Canaria.

Moroccan authorities rescued 75 people from a drifting boat and intercepted another 54 travellers from a second stricken vessel. On the coast 79 people were held as they attempted to set sail and two other departures were also foiled on the Moroccan coast.