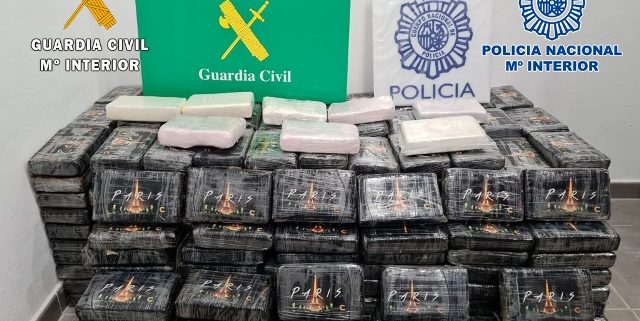 The joint operation between the National Police and Guardia Civil also saw 408kg of the drug seized along with half a million euros in cash in Gran Canaria.

And amongst those held of the notorious ‘Clan Skaljiari’ was the one-time leader of the ‘Pink Panther’ gang, villains infamous for targeting some of the world’s most luxurious jewellers in the early 2,000s.

And they seized two vehicles carrying 70kg of cocaine and arrested the drivers – it led detectives to a building in the Costa Adeje where a third gang member was held, guarding another cocaine stash.

Officers also swooped at a number of addresses in Gran Canaria and discovered a haul of 408kg of cocaine and another half million euros in cash.

Another luxury car, a yacht, 12 encrypted phones, cash counting machines, vacuum packing machines, and paperwork linked to the illicit trade was also discovered. A police spokesman said: “The four arrested suspects smuggled cocaine into the Canary Islands. They rented luxury residential homes from where they distributed narcotic substances to other local criminal organisations.”