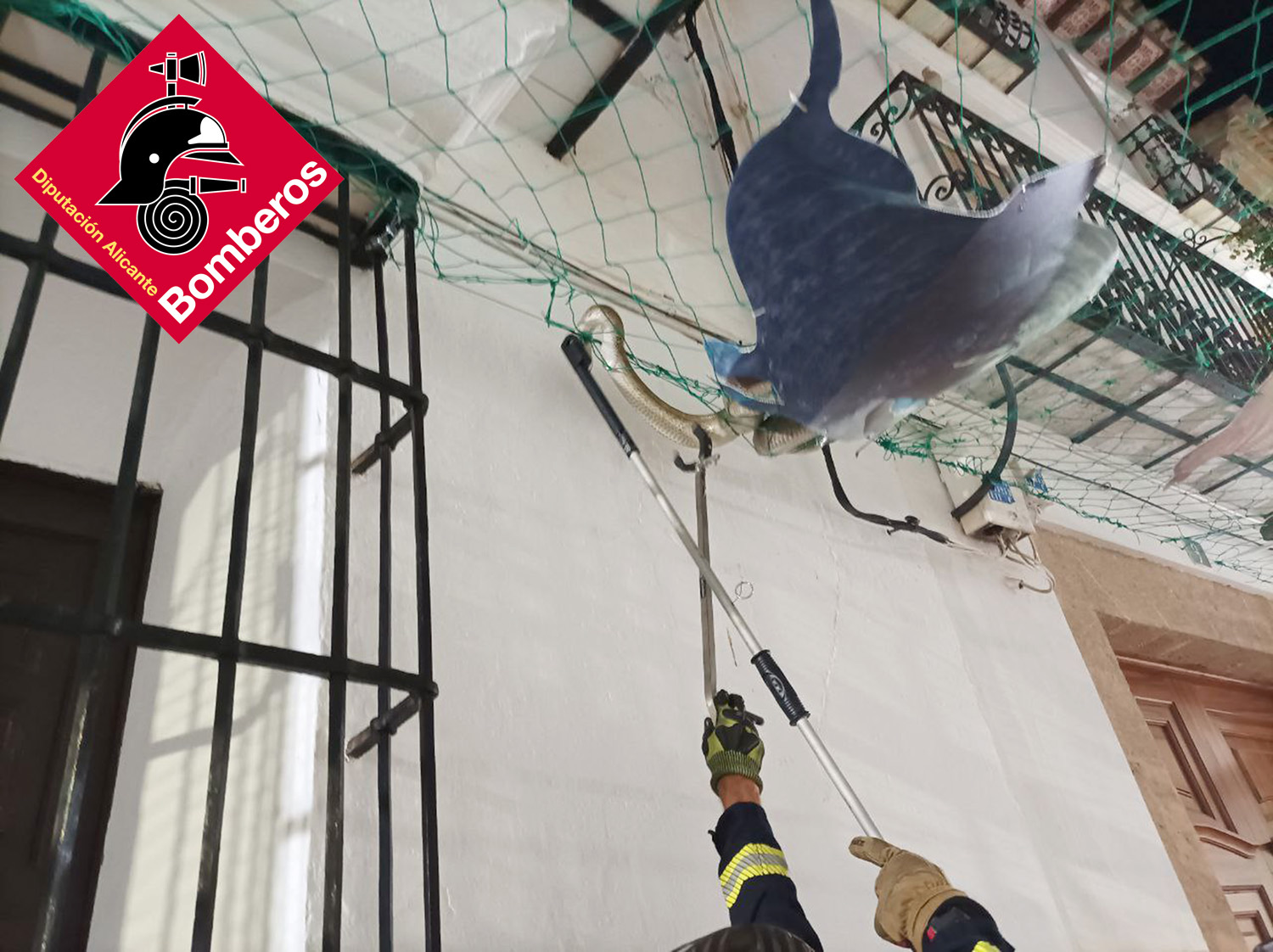 FIREFIGHTERS mounted a successful rescue when a 2.5-metre-long snake was reported to be on the loose in the medieval town centre of Benissa.

Spooked residents made an emergency call after spotting the monster reptile slithering along netting hung above the street to hold decorations to mark a traditional summer festival.

A crew was sent from the town’s fire station to catch the slippery customer. In an operation logged as ‘snake rescue’; they used special equipment to grab the animal.

It was estimated it was 2.5 metres long and had a girth of about 25cm; as firefighters took the snake into protective custody a worried owner arrived to claim his pet which had escaped from its tank in home in the neighbourhood.