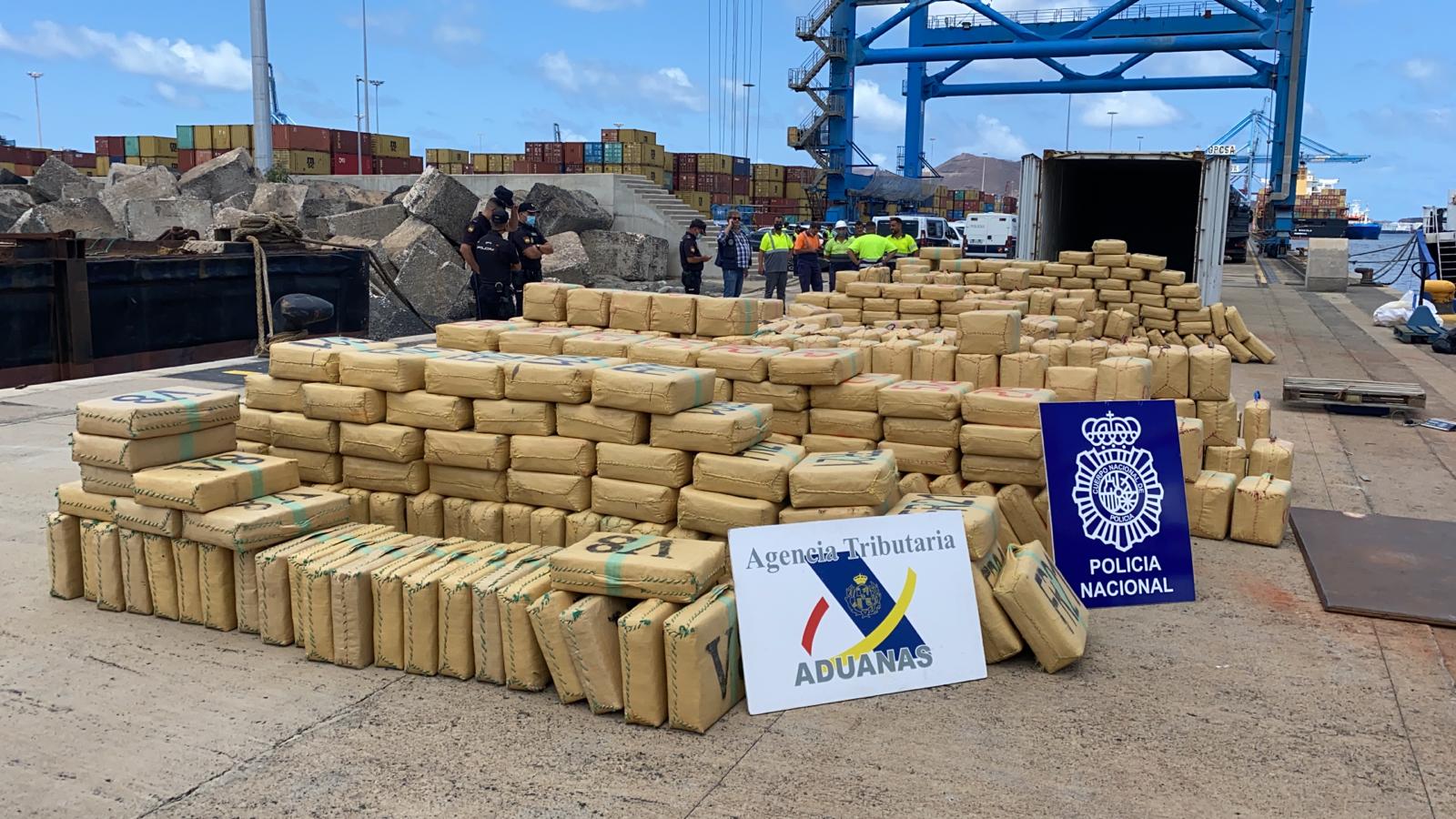 The Palau-flagged ship ‘Natalie’ was intercepted 40km south of Fuerteventura by two customs ships and guided to the port of Las Palmas where the illicit cargo in its hold was discovered.

The National Police said the Natalie was at “serious risk” of sinking – smugglers buy such veterans for a final mission before scrapping them.

In the hold 638 packages of the drug were discovered, totalling 19,876kg. A further 26kg of cannabis was found in common areas of the boat used by the crew; police believed this was a sideline operated by the Syrian sailors themselves for an illegal bonus.

An international operation was launched in January this year when a nautical company in Lebanon which supplies vessels to private clients sold a ship docked in turkey and triggered a series of changed on the maritime register – changing her name to ‘Natalie’ and the flag she flew from Togo to Palau.

Police said suspicions were raised because the same company was linked to
another cargo ship stopped in 2016 when 16.6 tons of drugs were discovered.

The Natalie was discovered off Morocco and after consultations between EU security forces, it was decided to “urgently” board her.