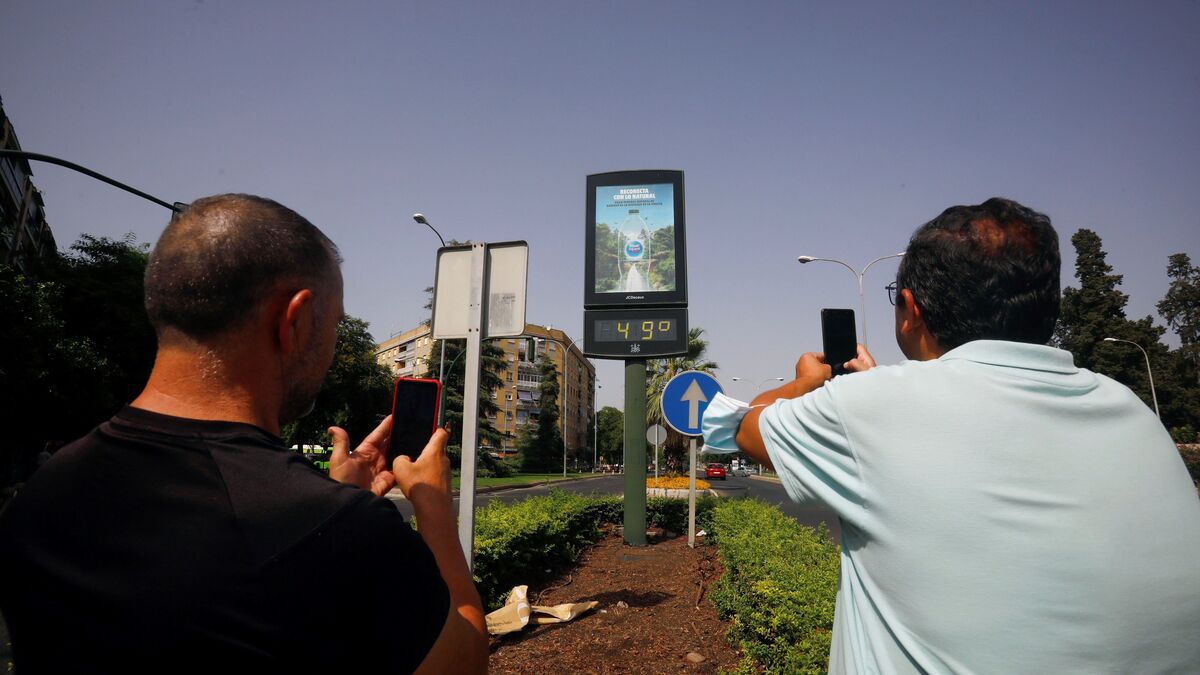 On Friday and Saturday several records of absolute maximum temperature were broken in Spain, the most significant in Montoro (Córdoba), where they reached 47.4 degrees.

Rubén del Campo, spokesperson for the State Meteorological Agency (Aemet), has pointed out that this heat wave, which although it is beginning to abate has not yet finished, and will probably be one of the most intense experienced in Spain. However, this will be confirmed one hundred per cent in the coming days, as will the maximum and minimum data.

Everything points, however, to the fact that some figures from the official records have been exceeded: both on Friday and Saturday numerous absolute maximum temperature records were broken, in some cases during those two consecutive days.

Records have also been broken at the highest lows, though to a lesser extent. The heat wave that has affected the country since August 11th manifested this weekend with great intensity.

This situation of high temperatures in a good part of the country this week is due to the continuous mass of very warm air from North Africa.