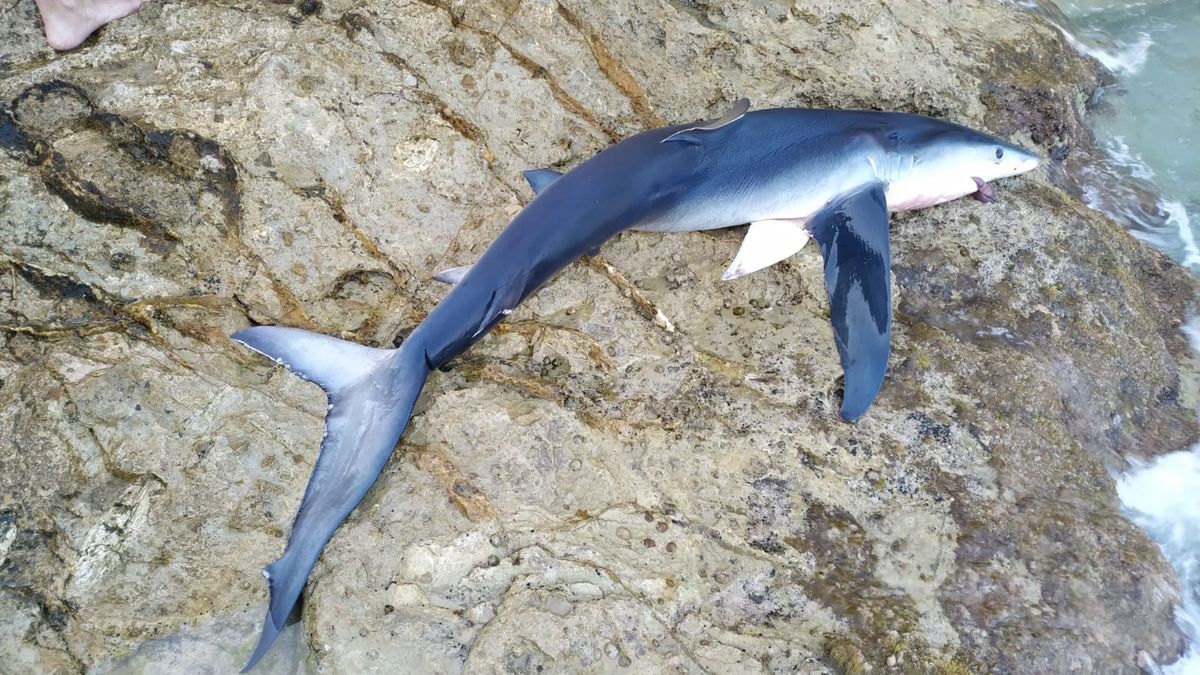 The blue shark spotted on Thursday in Benidorm has been found dead between Cala Big and Coleta Fumá, in El Campello. The City Council proceeded to close its beaches for safety after the sighting.

The animal was first seen in the Vila Joiosa during the morning, according to sources from the Oceanogràfic Foundation. At the scene, the Local Police Air Unit captured images of the animal in Cala Bol Nou, which was closed to the public for several hours.

Hours later, the shark was spotted in El Campello, first in Cala Lanuza and then in the area of the Aigües Ravine, according to municipal sources. While the animal was in the waters, the red flag was raised to prohibit bathing.

The blue shark, 2.5 meters, was stranded at the Poniente Beach in Benidorm, in Alicante, last Thursday. This caused the bathers to be evicted. The shark was reintroduced to the open sea thanks to the intervention of the specialists.

The Oceanogràfic Foundation explains that they cannot confirm if it is the same animal stranded in Benidorm, although “everything points to it being so”.

On this occasion, the marine expert teams have not travelled to the site, as they only intervene in cases of stranding and when it is “strictly necessary”. However, they maintained communication with the municipal services.