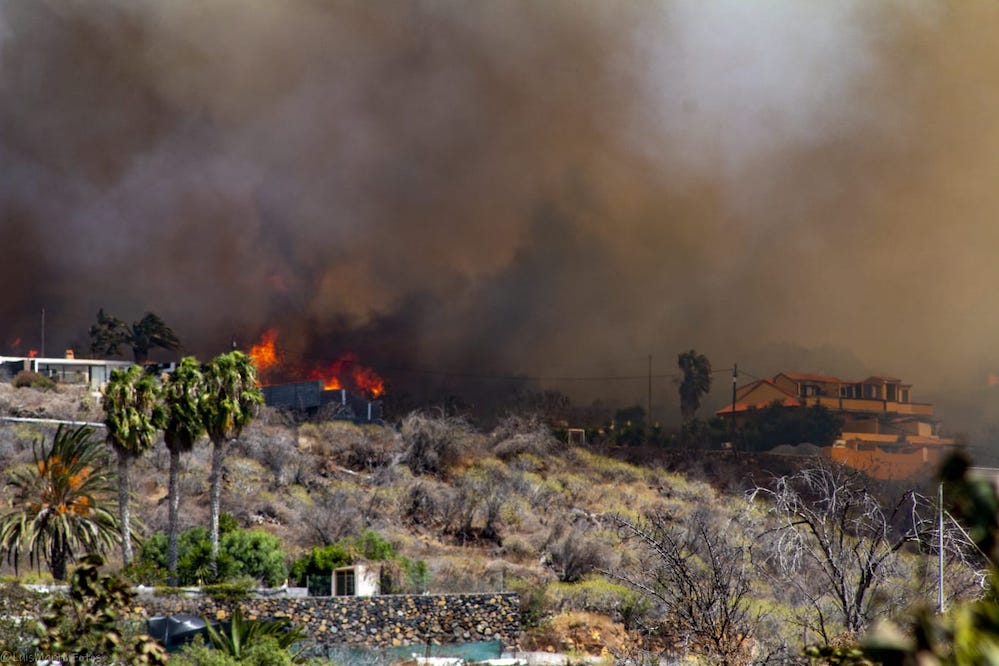 The high temperatures, which have reached over 40ºC in the Aridane Valley, together with the constant gusts of wind over 60 kilometers per hour, have become the propitious scenario to unleash a fire in the Canary Island of La Palma.

The flames began to burn yesterday in the areas of Padrón and Fátima and in El Paso, until reaching the municipality of Los Llanos de Aridane. The uncontrolled flame has already burned homes and farms.

“The fire has been leaping and has picked up a speed that makes it very difficult to control and now extends to the coast and the south,” said the president of Cabildo de La Palma, Mariano Hernández.

A hundred troops from the ground, accompanied by air and municipal volunteers tried to quell the flames throughout yesterday’s day. The Forest Fire Reinforcement Brigades (BRIF), helitransported units based in La Gomera, La Palma and El Hierro (EIRIF) and firefighters from La Palma, as well as the helicopters of the Supramunicipal Emergency Group (GES), have also moved to the area.

The fire, which broke out in an urban forest interface area, has caused material damage to several homes, and more than a hundred residents have had to be evacuated from areas near the fire as a precaution.

In addition, the municipalities of El Paso and Los Llanos de Aridane have transferred the facilities of the municipal sports centres to accommodate the evacuees.