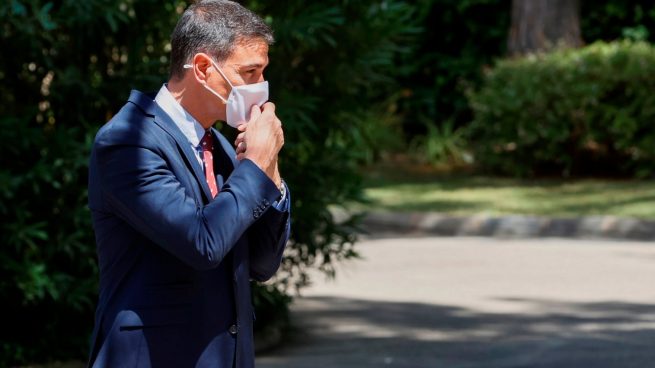 There’s criticism against Pedro Sánchez for not appearing publicly to explain the situation of the Spanish delegation in Afghanistan after the coming to power of the Taliban. PP, Ciudadanos and Vox say that he has not appeared before the press or Congress, as Emmanuel Macron or Angela Merkel have done, and has just “dispatched the matter” with a message on a tweet.

One of the last voices to join the reproaches has been that of Dolors Montserrat, spokesperson of the ‘popular’ in the European Parliament and who this Wednesday, in an interview at RNE, has referred to Sanchez as the “absent president”. ” He has responded to the challenge by sleeping on his deckchair”.

“We demand that Sánchez breaks his silence and does what they have done, among others, Merkel, Draghi or Macron: coordinate with the EU to address the problematic situation in Afghanistan,” he said, while denouncing that the head of the Spanish executive “is the only European president still on holiday in the middle of a major crisis”.

Montserrat has also stated that the EU “cannot at any time recognise the Taliban government”, in contrast to what the EU’s High Representative for Foreign Policy, Josep Borrell, said on the previous day that negotiations with the Taliban had to be done as they “are the ones who have won the war”.

“There can be no dialogue without conditions. We have to make it clear that we want safe repatriation and that Europe cannot resign itself”, he said.

Meanwhile, Sanchez broke his silence this morning with a Twitter message stating that “the repatriation of Spaniards and Embassy staff in Afghanistan is underway. The Government of Spain is coordinating all procedures to ensure their safety”.