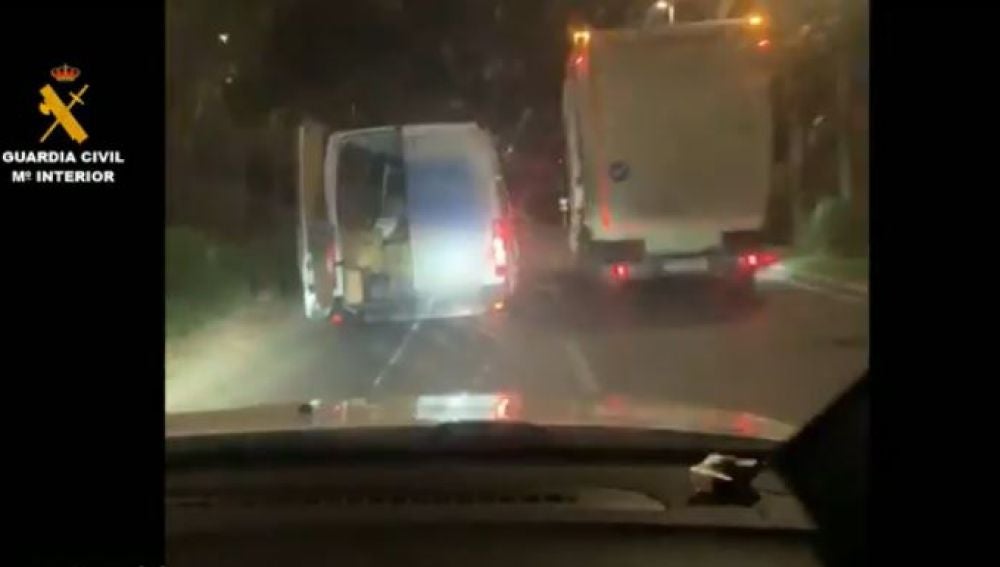 The driver of a van flees the Guardia Civil at high speed for 30 kilometers until it ended up colliding. The vehicle was loaded with hashish after a disembarking in Almeria.

The driver of the van made evasive maneuvers. The van continued its march preventing the passage of the official vehicle when it was about to overtake. After 30 kilometers at high speed it ended up impacting head-on with the protection elements of the track. Forty-seven parcels were found inside the vehicle.

A total of 20 people have been arrested for crimes of criminal organization, public health and road safety, and a total of six tons of hashish and six narco-boats, 12 vehicles, 6,000 liters of gasoline, a short weapon, have been confiscated according to the Civil Guard in a press release.