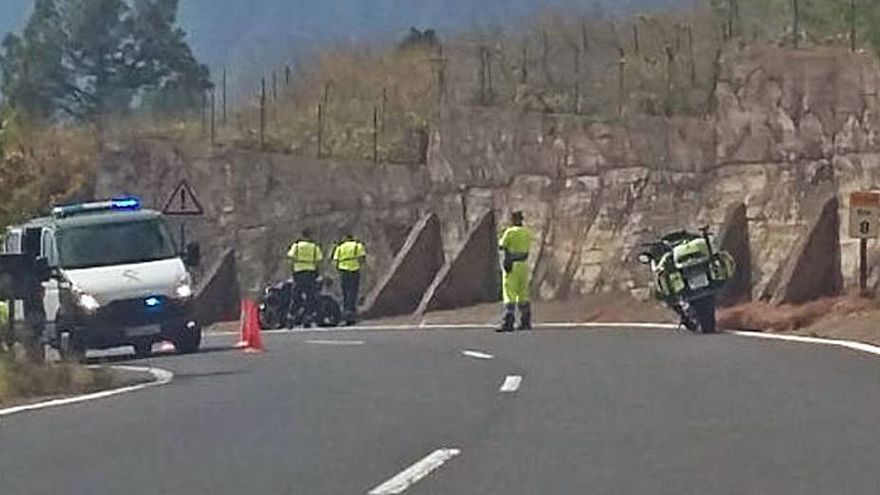 In the early hours of this Saturday, around 3:00 in the morning, a driver ran over a motorist in the municipality of Arafo, in Tenerife, leaving him in serious condition. The individual fled and subsequently set fire to the car he was driving.

The events occurred on the Los Loros road, the TF-523, which connects the town of Arafo to the summit. This road has been used for decades by motorists to test their skills by driving at high speeds, which puts other road users and themselves at risk.

The driver was in a Renault 19 when he hit the 34-year-old biker head-on. When the collision occurred, the person responsible for the collision did not help the victim, but fled the scene, and a few kilometers later burned the car.

Meanwhile, the victim was transferred to the Emergency Department of the University Hospital of the Canary Islands with several serious injuries, according to the first evaluations.

The agents of the Trafico Guardia Civil of the detachment of La Laguna next to the Report Team, have begun the investigation to try to locate the driver of the car and to clarify if he had the help of someone else or another driver to flee the place.