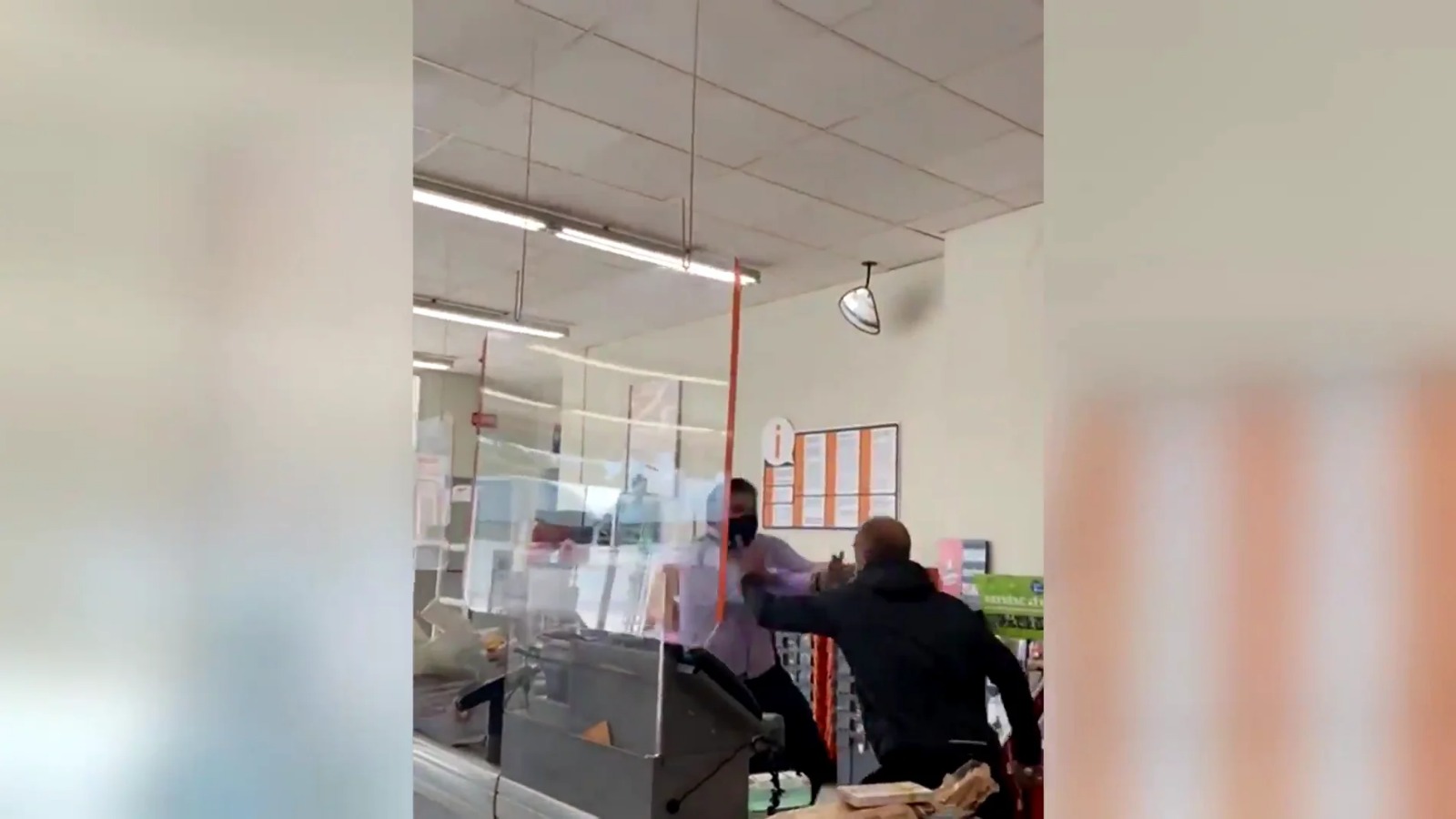 The events took place on Saturday, August 21, around 5:00 p.m. Everything seemed quiet in a supermarket in the Valencian town of Riba-Roja until a middle-aged man tried to rob the establishment with violence.

Moments of high tension is what has been experienced in this supermarket. Customers who were at the time in the commercial space, began to record the author of the attempted robbery going directly to the till, where there were workers and customers, carrying a knife. The workers who were in the facility at the time have reacted quickly, and have begun to scold the robber.

It all happened in just a few seconds. One of the security workers approached to try to remove the robber from the till, and immediately the man has pushed him. When he found himself surrounded, the thief ran out of the supermarket before the attentive eyes of the customers. None of the people present at the establishment have been injured.

The perpetrator of the robbery has fled in a red Opel Kadett vehicle in the direction of Manises, in the region of La Huerta Oeste in Valencia. Now the Guardia Civil and several local police officers, who have been alerted after the incident, have begun a search operation to find the perpetrator.