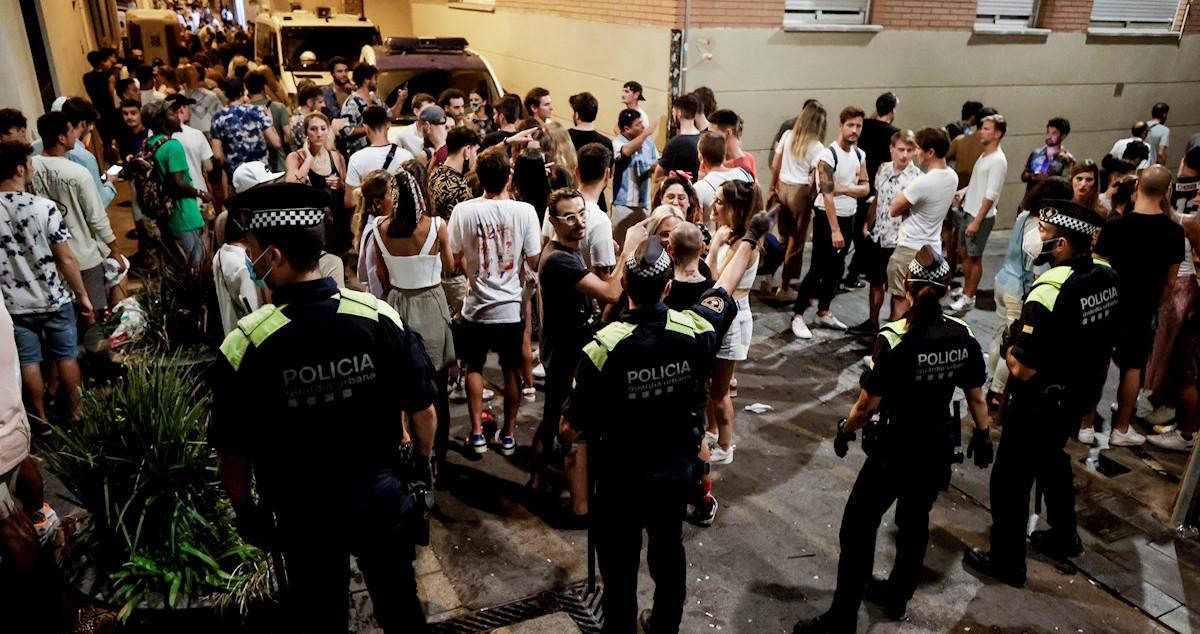 A total of 4,000 people dispersed for the Gracia fiestas and another 500 in other parts of the city of Barcelona. There were also botellones and improvised parties in Logroño, Salou, Tarragona, Bilbao or San Sebastian. In Torremolinos, the police had to intervene in a discotheque.

The police went to the nightclub after receiving the warning. Inside, hundreds of people were overwhelmed, without keeping their distance and without a mask.

Individual proceedings have been opened and promoters have also been punished. The City Council of the area has been asked to process the closure of the premises to prevent another party like the one on Saturday.

In Barcelona there have also been agglomerations. The police have dispersed over the weekend more than 12,000 people in Barcelona; half of them in Gracia due to the fiestas.

The Generalitat has asked the High Court of Justice to impose a new curfew in order to avoid agglomerations.

In San Sebastian there have also been formed several parties and botellones by young people.

The night in San Sebastian ended with 10 detainees and three injured. In addition, there are also reports of several broken shop windows and burned garbage containers.