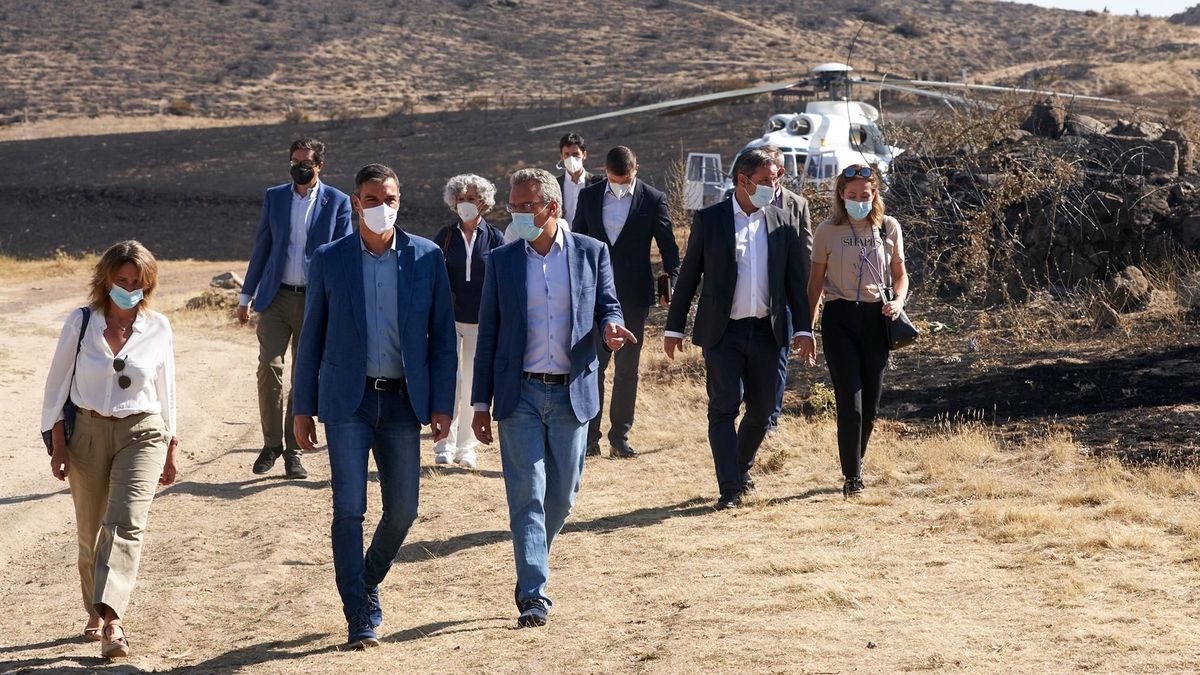 Pedro Sánchez made a visit this Sunday to the areas affected by the fire in Avila, which has devastated more than 22,000 hectares. Sánchez has announced that the municipalities affected by the forest fire will be able to apply for aid provided for the declaration of an area seriously affected by a civil protection emergency. It has also extended this offer to other autonomies in a similar situation.

Sánchez has shown the Government’s “total commitment” to the devastated territories and has called for all administrations to allocate resources to restore normality as soon as possible.

In his speech, the President of the Government thanked the work of the extensive operation deployed in the fire of Navalacruz and Cepeda de la Mora, which would have burned around 22,000 hectares according to the European remote sensing system Copérnicus, while appreciating the solidarity of the neighbours of other peoples, who seek to collaborate with the affected localities.

The Third Vice President and Minister of Ecological Transition and Demographic Challenge, Teresa Ribera, also attended, as well as other local authorities of the affected municipalities.