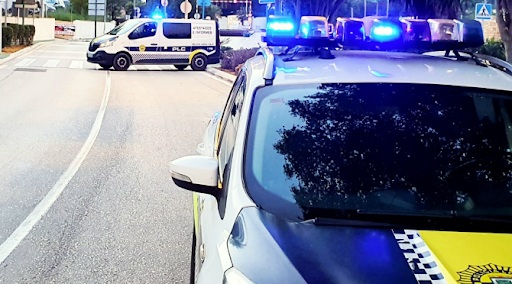 Practically since the beginning of the pandemic, municipalities of the Marina of all political colors have been informing the media of the different actions that their local police were carrying out to enforce the restrictions against the coronavirus. Dénia offers the police part of the previous day every day; and, although more intermittently, the actions of its agents are also disseminated by the consistories of Jávea, Teulada Moraira, or Benissa.

This has been done for two reasons: especially at the beginning of the epidemic, to exemplify what behaviour was prohibited by different regulations; and already this summer, to reflect the phenomenal workload that the various groups have had to cope with, especially in the tourist centres, with very high occupancy.

However, the Calpe City Council, managed by PP and Ciudadanos, seems to have opted for a very different line. Its Human Resources department has notified a decree in which it opens a file of confidential information -of a disciplinary nature- to two of its local agents “for the possible violation of professional secrecy in the face of press reports of a series of events concerning a police intervention on 18 April 2021”.

In other words, the two police officers have been ordered by allegedly sending information to the media about an operation to punish conduct that violated the restrictions of the anti-corruption regulations; in particular, about one that in its day already caused deep shock: an illegal private party that was being held in the premises of a discotheque at that time closed to the public and that was dismantled by the Local Police and also the Guardia Civil. The agents proposed sanctions for 19 people for failing to comply with various measures against the virus, among which was the violation of the curfew that was then, as now, in force in the municipality.

The operation: the Local Police received on the night of Saturday April 17 the call of numerous neighbors of the street Joan Garay -parallel to the avenue Gabriel Miró that warned of the noise that was occurring inside the old pub coinciding with the celebration of the final of the King’s Cup football. Residents also heard the gate being opened on several occasions to let numerous people in. Upon realizing that the agents had arrived, the party participants turned off the music, kept quiet and refused to open the doors of the establishment… for ten hours.

That forced the Local Police and the Guardia Civil to set up a waiting operation, from 10 pm on Saturday (which was then when the curfew started) until 8 hours in the morning on Sunday April 18, when agents were able to enter the old nightclub through an interior corridor of the building from a cafeteria located in Gabriel Miró. Among the 19 young people there was a minor and eyewitnesses reported that some of them belonged to very important families in the population, from different social and even political spheres.

But now the municipality of Calpino believes that at least two of these agents could have acted incorrectly for allegedly giving details of the celebration in which there were “well-known people”, according to those witnesses.