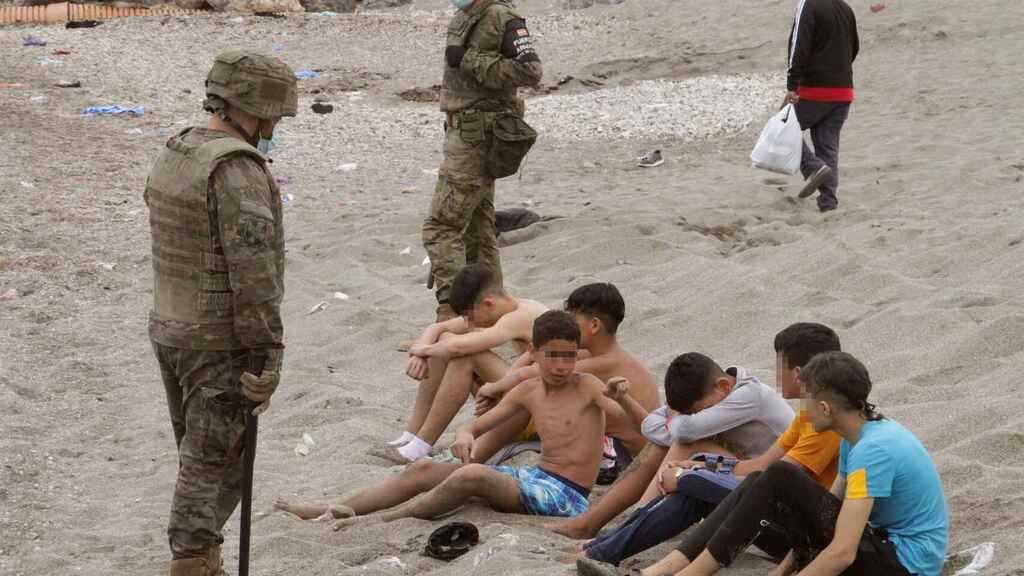 The President of the Government, Pedro Sánchez, and the President of Ceuta, Juan Jesús Vivas, met on Wednesday at the Moncloa Palace to address “urgently” the situation of unaccompanied Moroccan minors who entered Ceuta in May.

After the meeting, Vivas says that Sánchez has conveyed his commitment “to activate as many capacities and resources as the state can with the aim of returning minors to Morocco”. In addition, he reports that no provision has been made for the transfer of minors to the peninsula, “which would in no case be automatic”.

This Tuesday Vivas received a call from Sánchez to address the situation and seek solutions. First, he has expressed his “thanks and appreciation to the president” for several reasons, “for the speed, for his personal involvement in the matter and for considering that we are talking about a matter of state”.

He points out that Sánchez agrees with the assessment of the Government of Ceuta that the situation “is unsustainable” and that minors in Ceuta are not in “the right conditions”. ” He also agreed that it required immediate solutions, but that minors should be returned in accordance with the interpretation of the law by the judges. The state is committed to strengthen the necessary resources and means, “he says.

“I want the people of Ceuta to feel confident that they are not alone. We have the government of the nation with us,” he says. He considers that solidarity “has no political colour, it is a constitutional principle. This solidarity will not have colors because the Constitution and its pillars belong to everyone”.

Vivas assures that “they feared the worst and felt that they were on the brink of the abyss”. However, he says that, among other factors, “thanks to the reaction of the Government of the nation with its president at the head the disaster was avoided, but the episode left very serious consequences in our city, as is the permanence of approximately 20% of the people who entered in a massive and irregular way in the month of May”.

The city of Ceuta “reacted immediately” to set up temporary reception facilities for minors, but “three months have passed and the problem has not been solved”.