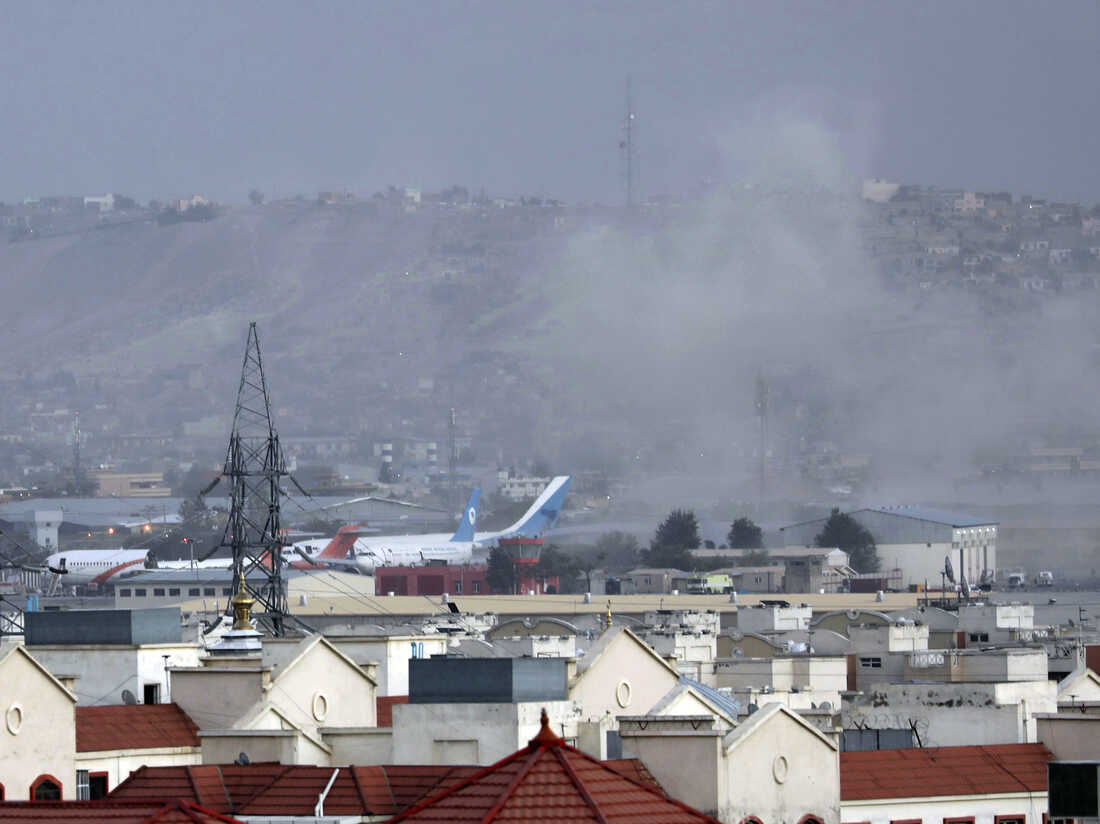 The vicinity of Kabul airport has been the scene of two explosions on Thursday in which dozens of people have lost their lives, while more than 160 have been injured, according to reports by the Taliban and the United States Department of Defense. The Pentagon has also reported that at least 12 US soldiers have died in the attack in Afghanistan, although the total number of victims is unknown. Everything points to a double suicide attack.

“We can confirm an explosion next to Kabul airport,” Pentagon spokesman John Kirby said on Twitter and that they will continue to offer “additional details” once they have them. Minutes later he confirmed that there were several victims and that in total two explosions have been recorded. Several of those killed by the bomb blast in Afghanistan are children, according to Reuters. Efe, for its part, has reported three explosions, but the last one was a controlled detonation of explosive material carried out by the US army.

Government sources and some media indicate that more than 160 people may have been injured.

The Pentagon has explained that the first explosion, after which shots were heard, took place near the Abbey gate, one of the four entrances to the airport, and the second took place near the Baron Hotel, where several Afghan collaborators are staying.

The Spanish Ministry of Defence, for its part, has confirmed that there are no Spanish victims either among the soldiers at Kabul airport or among the diplomatic personnel. The attack comes when the evacuation of Afghanistan enters its final stretch and while experts pointed out that the risk of attack was imminent.

US President Joe Biden has been briefed on the explosions, according to a White House official. Biden was participating in a meeting with security officials on the situation in Afghanistan, where the United States is in the final steps of the process of evacuating Americans and Afghan workers who have collaborated with the US.

The US president, along with other European powers, had proposed the idea of advancing the evacuation to August 27 in the face of the risk of attacks.

In recent hours, in fact, several countries have stopped the evacuation processes, which were scheduled to be completed this Friday, citing “credible threats” of attacks by the Islamic State in Khorasan, the Afghan branch, also known as Daesh. So far no organization, neither the Taliban nor the Islamic State, has claimed responsibility.

Berlin has reported that Germany “has completed its evacuation operation”. France will still try to evacuate “several hundred” Afghans from Kabul, but it does not guarantee the success of the operation because “we no longer have control,” said Emmanuel Macron, whose mission is “in talks with the Taliban” to ensure their exit.

NATO Secretary-General Jens Stoltenberg, for his part, condemned the “horrific terrorist attack” perpetrated on Thursday near Kabul airport, which has left several people dead, and has stated that the allied forces will continue to prioritize evacuating as many people as possible.

“Our priority remains to evacuate as many people as quickly as possible,” he wrote on Twitter.