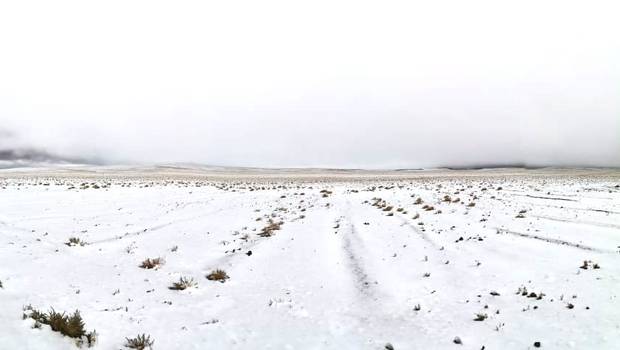 The Atacama Desert in Chile is the driest place in the world. There, there has been a great snowfall and an extensive layer of snow covers much of the landscape. At some points the thickness layer has reached 15 centimeters. Because of this snowfall, many roads have had to be cut.

The place is totally white and according to the Twitter account ‘Transport Informs Region of Antofagasta’, an information platform on the state of mobility in the region and initiative of the Ministry of Transport and Telecommunications, there are other spots located in the desert that are also covered with snow.

According to Alejandro Sepúlveda, editor of Turner’s Meteorology, of CNN and CHV, this snowfall in the Atacama Desert has been caused by the unusual rainfall and “the low temperatures at altitude -2,500 meters, so the liquid precipitations are transformed into solid precipitations”.