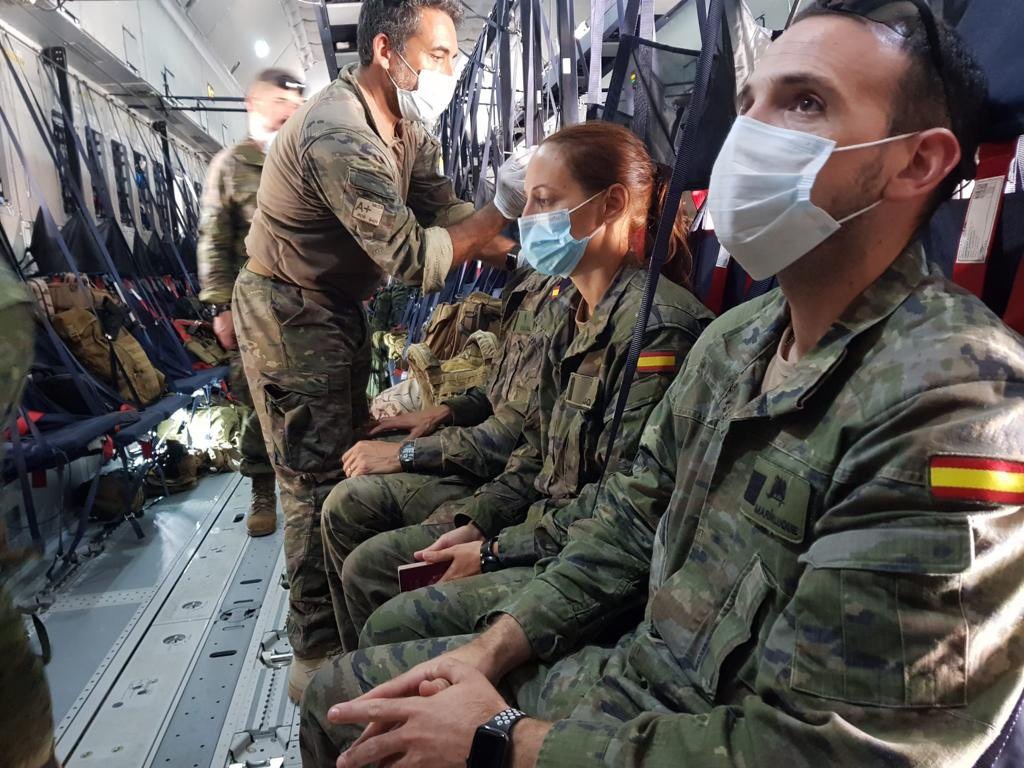 Spain completes the evacuation of people in Afghanistan hours after the attacks in Kabul that have left more than 60 dead and hundreds injured.

This Friday the last two A400M aircraft from the Afghan country will arrive at the Madrid base of Torrejón de Ardoz with Spanish aid workers, Afghan collaborators and their families. On both flights also return the last 81 Spaniards who remained in Afghanistan, between military and embassy personnel.

During the evacuations carried out in recent days, the Spanish Army has evacuated a total of 1,898 people, from Spain and other countries such as the United States, countries of the European Union, the UN, NATO, and the staff of the Spanish embassy in Kabul.

Defense Minister Margarita Robles highlighted the work that the military was doing in Afghanistan to get as many people evacuated as possible, but warned that many other families were going to stay: “We know we won’t be able to get them all out”, expressed.

Spain has managed to operate between one and three daily flights from Kabul airport to Madrid with a stopover in Dubai. In addition, 80 military personnel have been permanently at the airport, leaving belongings, including EMU vehicles, in order to leave more space on the planes for the last returnees.

The last two A400M aircrafts from Kabul airport are already in Dubai. The first has landed at 06:45 hours and the second at 07:20 hours. From Dubai, they will arrive in Spain on an Air Europa flight around 4:45 p.m.

In these last two planes A400M travel 81 Spanish that remained in Afghanistan, between personnel of the Embassy and military, 4 Portuguese soldiers and 83 Afghan collaborators of Spain, Portugal and of the NATO (14 collaborators from Spain, 19 from Portugal and 50 from NATO).

“Mission accomplished,” tweets the Ministry of Defense, after completing evacuation work in Afghanistan. “Our military is already in Dubai. And very soon at home. Mission accomplished! Thank you for the great work done! We will never forget it”.