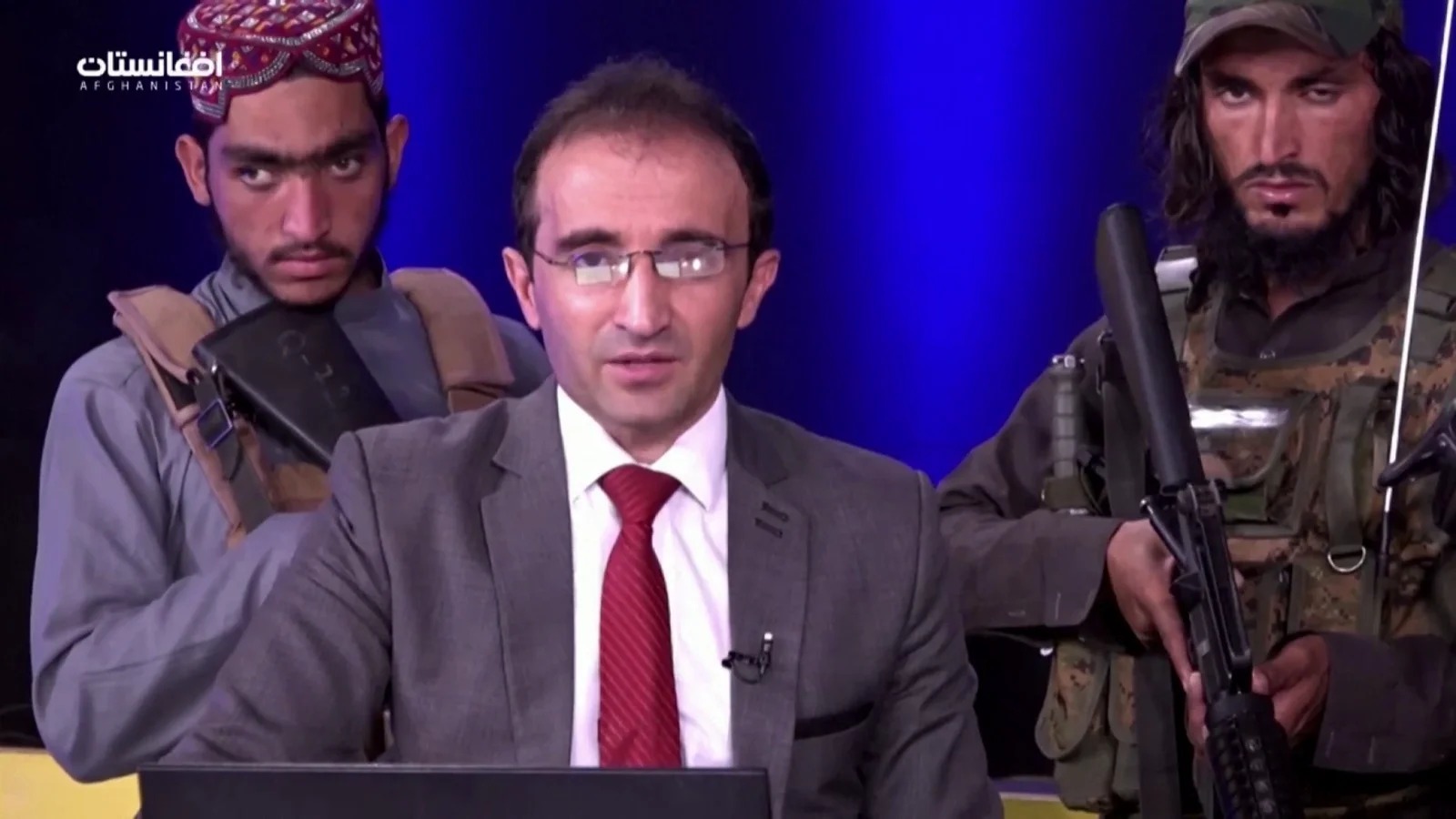 Uncertainty about what will happen in Afghanistan after international troops have left the country remains very much in the air. The media inside the country are being manipulated by the Taliban, who are trying to change the world’s image of them.

This weekend, an Afghan television network was experiencing moments of tension when a group of Taliban soldiers with assault rifles stood behind the presenter as he tried to reassure the audience, saying they should not be afraid.

The Pardaz program of the Afghan television network ‘Peace Studio’ was visited by this armed group of Taliban, who broke into their premises to ask that one of their leaders be interviewed live.

The presenter then turned to the audience to report that the “Islamic Emirate (the preferred name of the Taliban) wants the public to ‘cooperate with them and they should not be afraid’,” BBC journalist Kian Sharif wrote on his Twitter account.

Meanwhile, this Tuesday, the Taliban took to the streets to celebrate with gunfire the end of two decades of American occupation of Afghanistan, after taking control of Kabul International Airport after the departure before midnight of the last American soldiers in the country.

Taliban special forces, known as Unit 313 Badri, entered Kabul airport an hour after the last US aircraft left the airfield military area, taking full control for the first time of America’s last base after 20 years of conflict.

“At midnight in Afghanistan, the last group of American soldiers left the Kabul airport. This completed the withdrawal of US forces and our country and the Afghans achieved their full independence, “Qari Yusuf Ahmadi, a leading Taliban spokesman, told Efe.