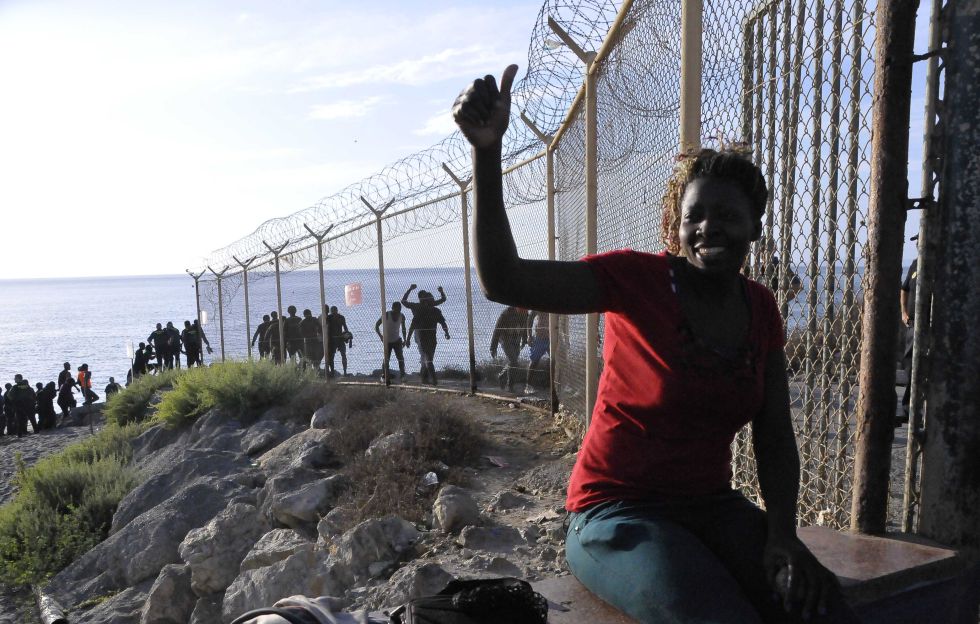 This is the second attempt in just 48 hours. Immigrants tried to get around the swimming fence at the Benzu breakwater.

Last night dozens of sub-Saharan immigrants have tried to cross to Ceuta by swimming the fence at Benzu.

In the early hours of this morning a group of sub-Aharians, around 50, have tried to reach the autonomous city by swimming, bordering the border breakwater of Benzu.

An attempt that has been thwarted precisely by the containment work carried out by the security forces of both countries, including the Civil Guard GRS transferred to the area, who have managed to prevent these people from reaching Ceuta in this massive entry attempt -the second in just 48 hours- which has again put on the table the lack of protection of the border breakwater of Benzu through which Moroccan immigrants entered during 17 and 18 May, when about 12,000 immigrants managed to gain access to Ceuta illegally.

That massive arrival triggered a diplomatic crisis between Rabat and Madrid that had its origin in the hospitalization, months before, of the leader of the Polisario Front, Brahim Gali, in a hospital in Logroño.

After thwarting this first attempt at entry, the agents have remained in the area for much of the early morning before the news of the existence of more groups of immigrants who were waiting to continue trying to access our city.

This arrival of immigrants, frustrated by the Civil Guard, comes just two days after the National High Court rejected the Interior’s request to reject the appeal of an NGO against the “instruction” on the repatriation of minors to Morocco in Ceuta, so he agreed to continue the case and gave the association eight days to formalize the lawsuit.

The National High Court took this decision after receiving the disciplinary file of the Interior, which stated that it has no competence in repatriations since it is a matter of the Autonomous Government and the Government Delegation and requested the inadmissibility of the procedure.