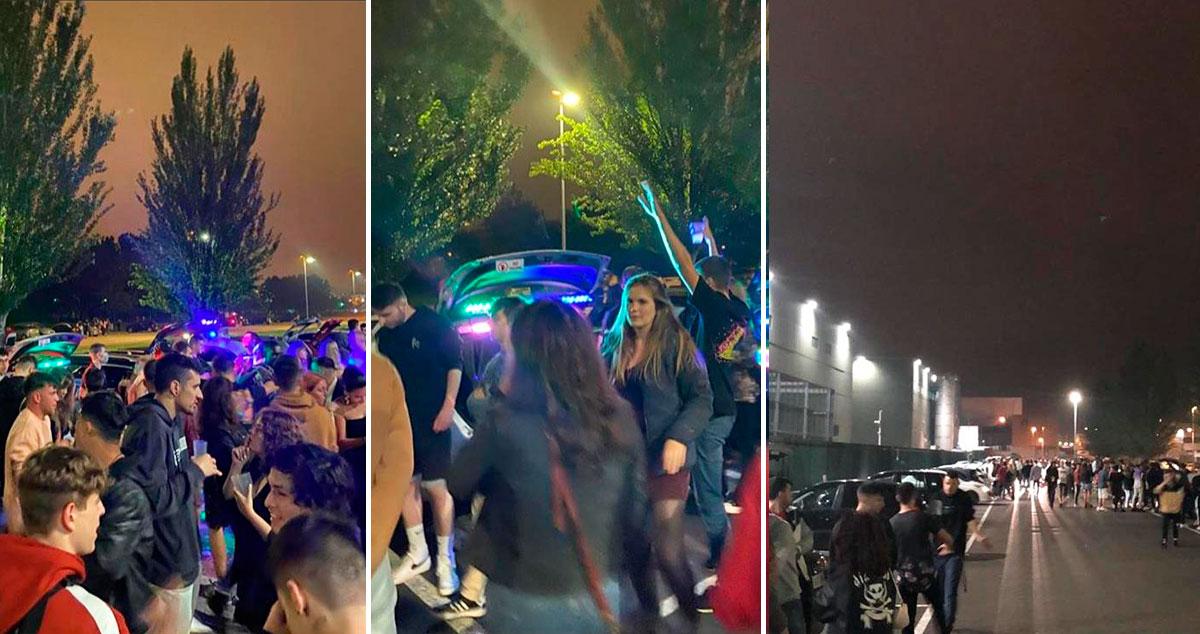 The botellones and the fiestas have been repeated in different parts of Cataluña and Spain. In some, there have been altercations against the Mossos d’Esquadra. One of the places that has concentrated the greatest number of people in an industrial estate of Ruby.

In this polygon in the early hours of Friday through Saturday there was a clandestine and illegal concentration of vehicles where all kinds of dangerous maneuvers were carried out. The tyre marks are still visible on the asphalt. In addition to being dangerous, they were very reckless manoeuvres because while hundreds of young people congregated they gathered around to do a botellon and without any kind of sanitary measure.

Similar images were seen on Saturday night in a town in Barcelona, in Llinars del Vallés. There, the Mossos d’Esquadra had to intervene to disperse hundreds of young people. They reacted by throwing all kinds of objects at vehicles and even kicking cars. The Mossos have already opened an investigation.

In Logroño, during the early hours of the morning, hundreds of young people roamed around in a park in the capital of La Rioja. They formed an authentic macrobotellón without keeping the safety distances and without using masks. Neighbors say it’s an image that is repeated every weekend.

On the other hand, from the hospitality and nightlife sector they are powerless and ensure that the fact that their premises are closed enhances the formation of these botellones.

In the Llinars del Vallés Polygon in Barcelona hundreds of young people are witnessing illegal drag races and are also botellones. The Mossos show up at the scene and the assistants react by hitting the vehicles and the agents are forced to leave.

In Valencia, a young man undertakes it with a falla. He broke several ninots and was subsequently arrested. In the center of Valencia the police had to vacate another botellon. Despite the curfew, many people wanted to continue partying.