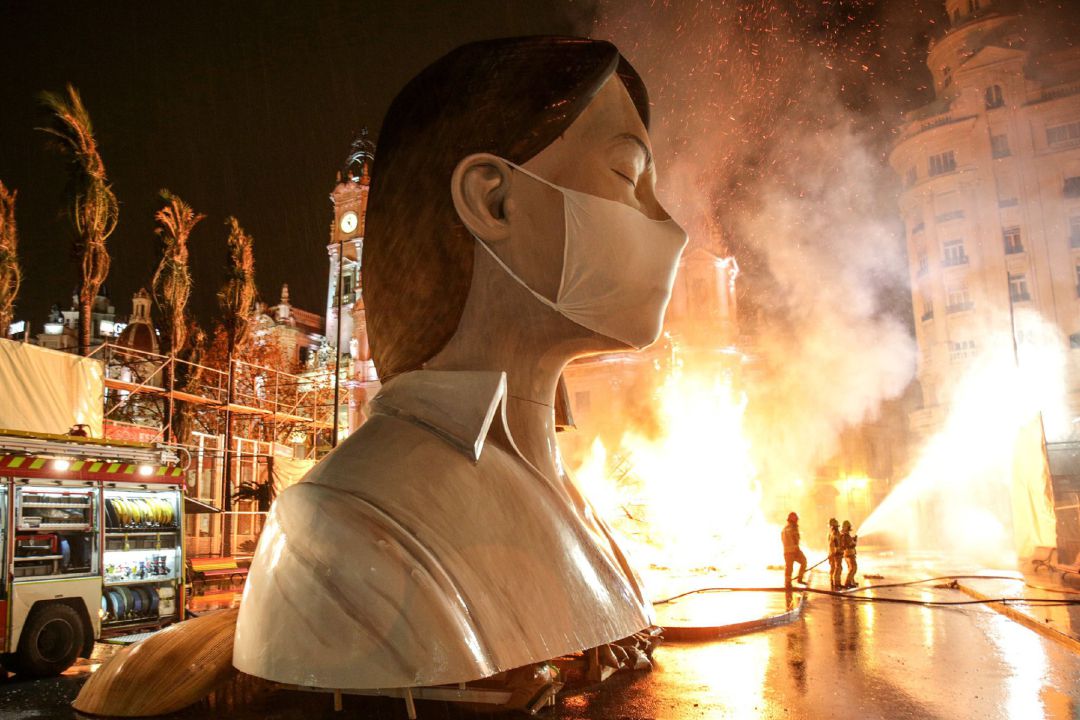 The pandemic fallas have burned this Sunday in Valencia and thus close a cycle marked by restrictions and postponements due to the coronavirus. The Fallas of Valencia 2021 have burned the monuments that should have burned a year and a half ago, and have done it 2 hours earlier than usual.

The traditional ‘Nit de la Cremà’ was brought forward by the curfew in force in the city, from 1:00 to 6:00 in the morning. The first to burn were the 380 children’s fallas that remained in storage since March 2020.

From 10 pm they began the ‘cremà’ of the adult fallas. One of the most anticipated moments of the night occurred at 22:30 with the burning of the winning falla of special category: the great monument of Convent-Jerusalem Mathematician Marzal, baptized as ‘Germans’.

Finally, at 11 pm they began to burn the official falla of the City of Valencia, the bust of ‘La Meditadora’. With it, the Fallas of Valencia 2021 say goodbye to 5 days of falla acts, some of them without public and maintaining capacity restrictions to avoid agglomerations.

In addition to Valencia, this Sunday have burned fallas in other towns such as Gandía, Torrent, Sagunto or Catarroja.

As per tradition every year several ninots have been saved from the flames, two of them pardoned by the public: Admiral Cadarso falla, the Half Moon of the falla Duke of Gaeta-Pobla de Farnals, which will be exposed in a Valencian mosque, and the ninot of a mosque.

With this Cremà, Valencia puts an end to its popular fiestas and the falleros already look with enthusiasm to March 2022, wishing that it is more normal than this atypical September.