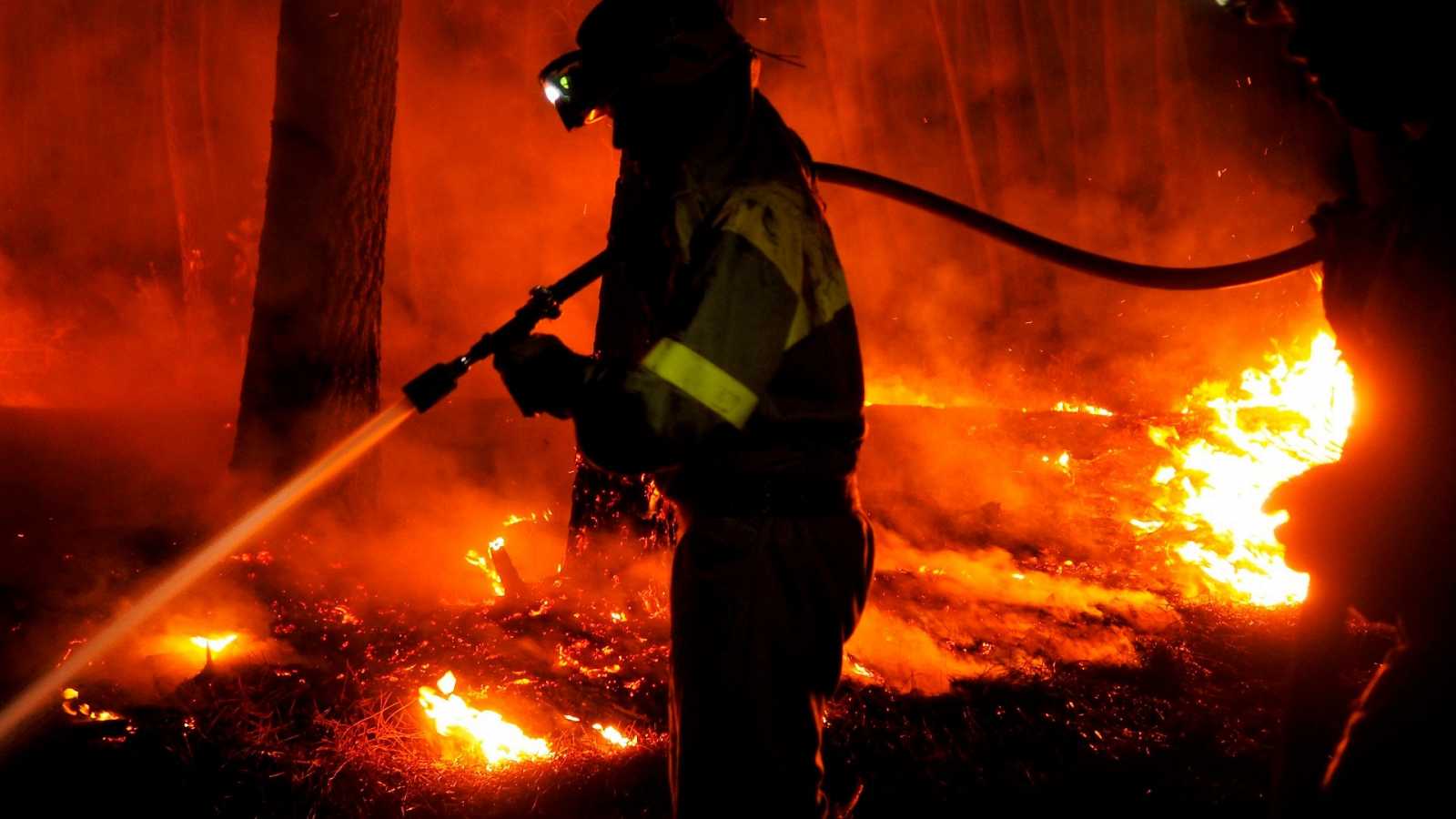 The Galician authorities have activated this Tuesday, as a preventive measure, Situation 2 of emergencies in the forest fire active in the parish of Ribas de Sil and in the Ribeira Sacara, in Lugo (Galicia), to which the Military Emergency Unit (UME) have sent 63 troops and 26 means to participate in the extinction tasks. This fire also affects the municipalities of Quiroga and A Pobra do Brollón.

There are also two other fires: One started in the village of Nogueira (also in Lugo), which has already burned 140 hectares and is still active, and another declared in the parish of Requeixo (Ourense) which affects 50 hectares.

The main fire started at 12:47 hours this Monday and, according to the latest estimates, has already destroyed around 900 hectares, becoming the largest fire declared in the community so far this year. In addition, much of Galicia is at “extreme risk of forest fire”.

The Rural Councillor of the Xunta de Galicia, José González, in statements to the media tonight pointed out that the “climate situation is very complicated, with strong winds and a high level of humidity”.

“We have many means, brigades and water pump trucks” working to control the fire. This is the biggest fire since the heat wave caused forest fires in several regions of Spain three weeks ago.

The counselor has confirmed that the fire, which has been going on for more than 24 hours, started “intentionally” according to the research unit of the Xunta de Galicia. “Whoever caused it knew the damage they did”.

Regarding the means deployed throughout today’s day by the Ministry for Ecological Transition and the Demographic Challenge (MITECO), they will deploy the Brigades of Extinction Specialists (BRIF) with its four transport helicopters with a discharge capacity of 1,200 litres.

From the air, four Canadair amphibious planes with 5,500 liters of capacity have worked on the fire extinction, of which three come from the base from Lavacolla (A Coruña) and the fourth from Matacán (Salamanca).