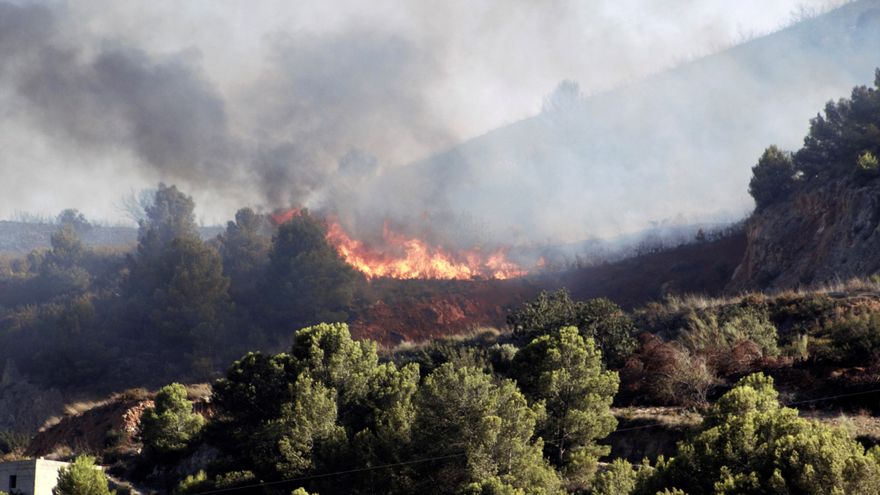 The flames continue to spread in Sierra Bermeja, Malaga. The fire is rampant and a firefighter has already died in the struggle. The fire affects four municipalities in Malaga: Estepona, Benahavís, Jubrique and Genalguacil and has already burned around 3,600 hectares and is advancing virulently.

This is the second night the fire continues to spread. One of the active spotlights is located near a motorway, next to a petrol station. Around 1,000 residents of the area have had to be evacuated preventively in the face of the advancing flames.

More than 300 firefighters work to stabilize and surround the flames. It is the wind that is complicating the extinction of the flames.

The Minister of Agriculture, Livestock, Fisheries and Sustainable Development, Carmen Crespo, has decided to raise to level 2 of the Forest Fire Emergency Plan of the Autonomous Community (Plan Infoca). The counselor adds that what is needed to put out the flames right now are aerial means.

It is being investigated whether the fire was intentional or not. Crespo explains that the place where the fire was declared, together with the circumstances, indicates that the fire “was intentional”. ” We hope to have data as soon as possible” so that “the weight of the law falls on these people”.

More than 300 troops continue this Friday fighting the fire in Sierra Bermeja, which was declared last Wednesday and is still active. The fire, which affects several municipalities in Malaga, has forced the evacuation of 1,004 people and has claimed the life of a forest firefighter.

A 44-year-old forest firefighter has been killed in the extinguishing of the forest fire in Sierra Bermeja. The firefighter belonged to the device of the Andalusian Forest Fire Plan Infoca and had travelled from Almeria.

The Councillor for Sustainable Development of the Government of Andalusia, Carmen Crespo, has lamented the death of this worker and has announced that an investigation has been opened on the fire and hopes that “the full weight of the law” will fall if it has been intentional.

According to detailed Emergencies 112 Andalucía, in the municipality of Estepona 750 people have been evacuated from the Forest Hill and Abejeras Urbanization; 37 from the Peñas Blancas stretch on the MA-8301 highway; 12 from the Foreign Pond area; and 60 from the Huerta Padrón area.

In the town of Benahavís in Malaga, some 80 people have been evicted from the Montemayor Urbanization.