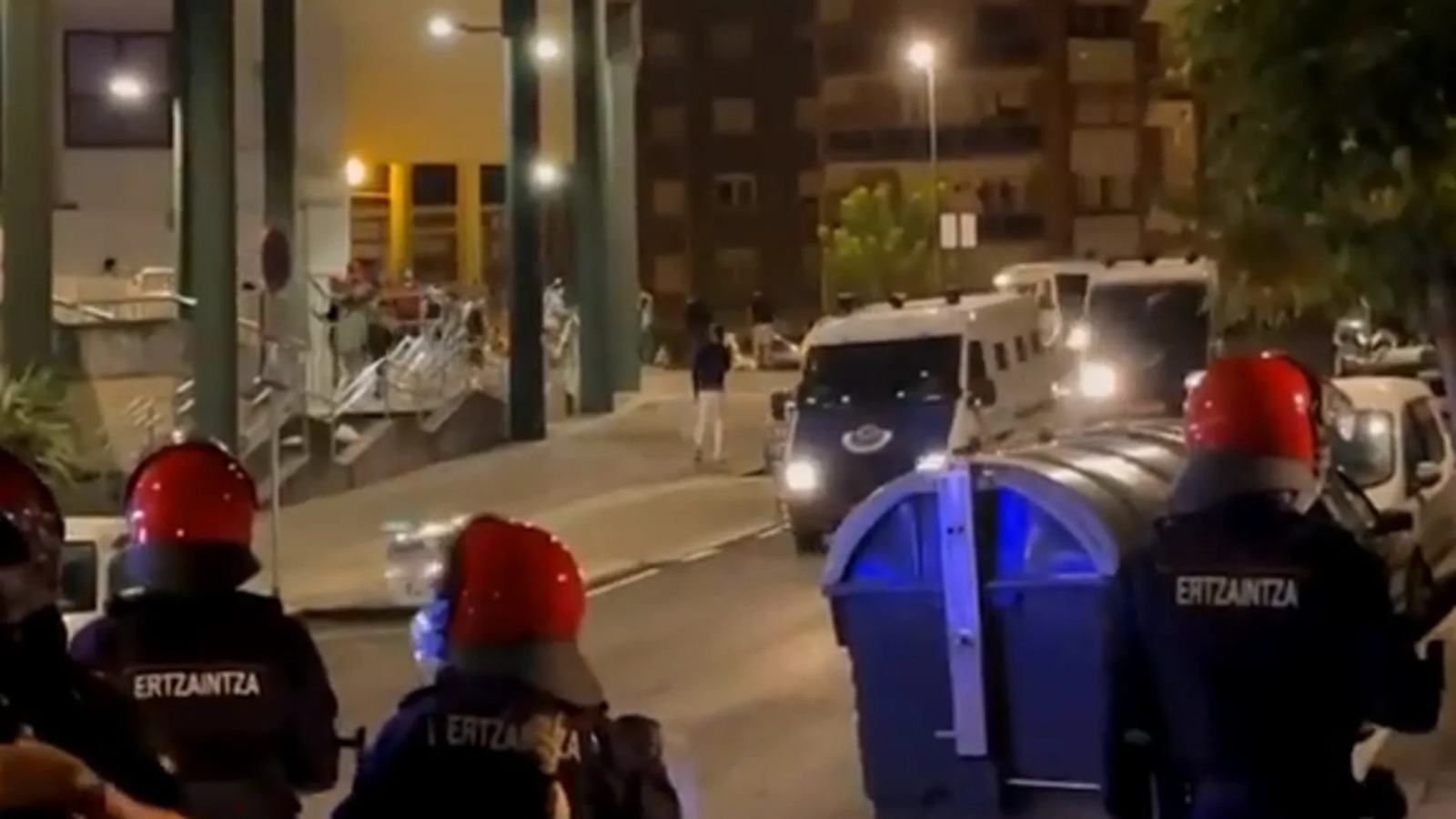 One more weekend, there have been incidents in the town of Galdácano, Vizcaya. Despite the fact that the festivities are officially suspended throughout the Basque Country, in order to avoid large crowds and therefore contain the coronavirus, thousands of young people are reluctant to go without parties. Therefore, for the second night in a row, they have gone out into the street to make botellones.

Faced with a situation in which the restrictions of COVID-19 were not complied with, the young people have received with bottles the deployment of Ertzaintza to vacate the area. The events occurred after the closure of the hospitality establishments. It was at that time when groups of people took to the streets to continue the party in Galdácano, so the Ertzaintza tried to dissolve the crowd.

It is not the only place where crowded parties have been held, although this early morning the autonomous communities are already beginning to lift limitations on nightlife and hospitality. In fact, it has been the first unrestricted weekend for meetings and demonstrations in Catalonia. However, the uncontrolled party has been at the same level as those that were occurring when there were still strong measures against the coronavirus.

There have been repeated the flasks, the crowds. One of the main problems in dissolving the crowd is that, if they are evicted from one side, they leave for another. All this happens while the nightlife is kept closed. In Valencia, in which it has been the first weekend without a curfew, dozens of young people have continued to party in the street and without complying with health measures despite the police presence. In this community, nightlife is open until 3 in the morning.

This weekend in Salamanca there was no fair, so the center of the city has been crowded by young people who had to be evicted by the police. It has been the last weekend without nightlife, since from Tuesday they reopen with half the capacity in the discotheques. Pubs and hospitality will also allow more customers.

Other communities, such as Madrid, have decided not to modify the restrictions until the end of the month. It will be at that time when they also flexibilise schedules and seating for leisure and culture. All these restrictions are a consequence of the decrease in the incidence in the autonomous communities and in Spain at a general level.