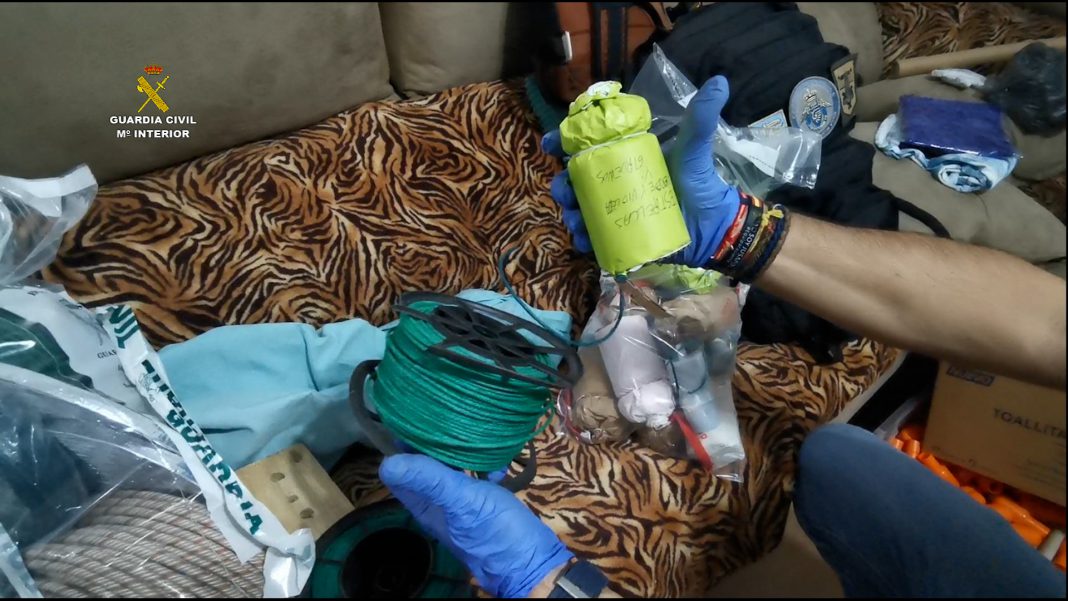 The Guardia Civil has dismantled a clandestine explosives workshop in the private home of a man who manufactured this type of material. The events took place in the town of Castilleja de la Cuesta in Seville on Sunday 12th February.

The owner of the house, where these explosives were manufactured, has been arrested and charged with the crimes of illegal manufacture and deposition of explosives, as well as of risk caused by explosives or other agents.

The intervention of the agents of the Guardia Civil of Seville has occurred within the so-called ‘Operation Piroxilo’ and in it they have intervened about 50 kilos of different substances and chemicals for the elaboration of explosives that the detainee was in charge of buy online.

All of them have been operated in a controlled manner by the agents and among the most prominent were 22 rolls of fuse and 700 electric matches.

The clandestine workshop was located in a block of flats in the municipality of Castilleja de la Cuesta in Seville, where the detainee had all the elements and machinery necessary for the creation of explosive devices.

The Guardia Civil began the investigation after detecting that the detainee was receiving a large number of postal consignments from countries in Eastern Europe containing substances that could be used in the production of explosives and were falsely declared as handicraft products.

Finally, the man has been arrested and his entire workshop dismantled. He faces crimes of illegal manufacturing and depositing of explosives, as well as of risk caused by explosives or other agents.