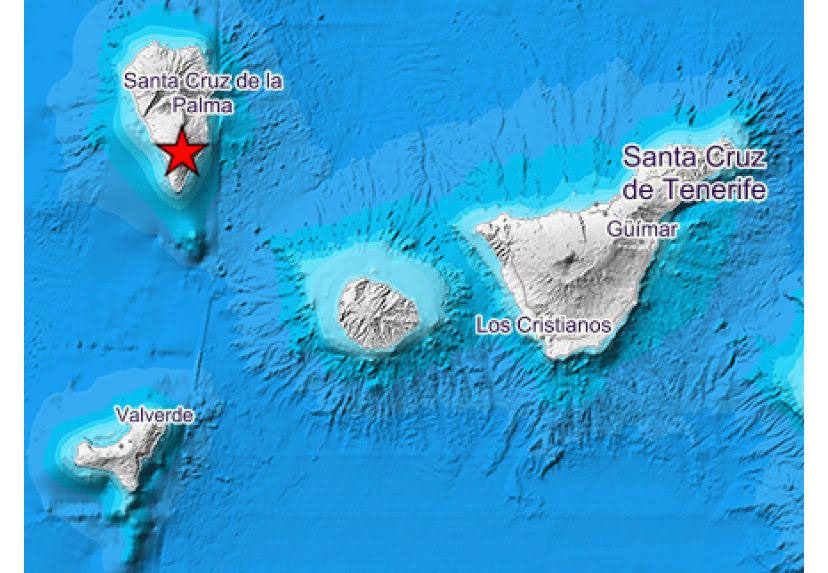 In the southwest of the island the surface has risen and been deformed by 6cm, an area where the strongest seismic movements are located, around the Cumbre Vieja and yesterday some low magnitude earthquakes have been registered at a shallow depth which is between 1 and 3 kilometres under the ground.

This data have been released by the scientific committee of the Special Plan for Civil Protection and Emergency Attention for Volcanic Risk (Pevolca), which has recommended keeping the alert level at yellow on the island, especially in municipalities of Cumbre Vieja, which are Fuencaliente, Los Llanos de Aridane, El Paso, and Mazo.

Experts warn that the process has intensified and may evolve rapidly in the short term, but add that there is still no clear evidence for an imminent eruption. The last eruption in La Palma was almost 50 years ago on 26th October 1971 in Teneguía.

The Pevolca committee has reported that in this situation it is expected that earthquakes of greater intensity will occur and be felt by the public, and specifies that the indicators show an intense seismic record, with a slight displacement towards the northwest, with shallower depths than in previous days, between 6 and 8 km.