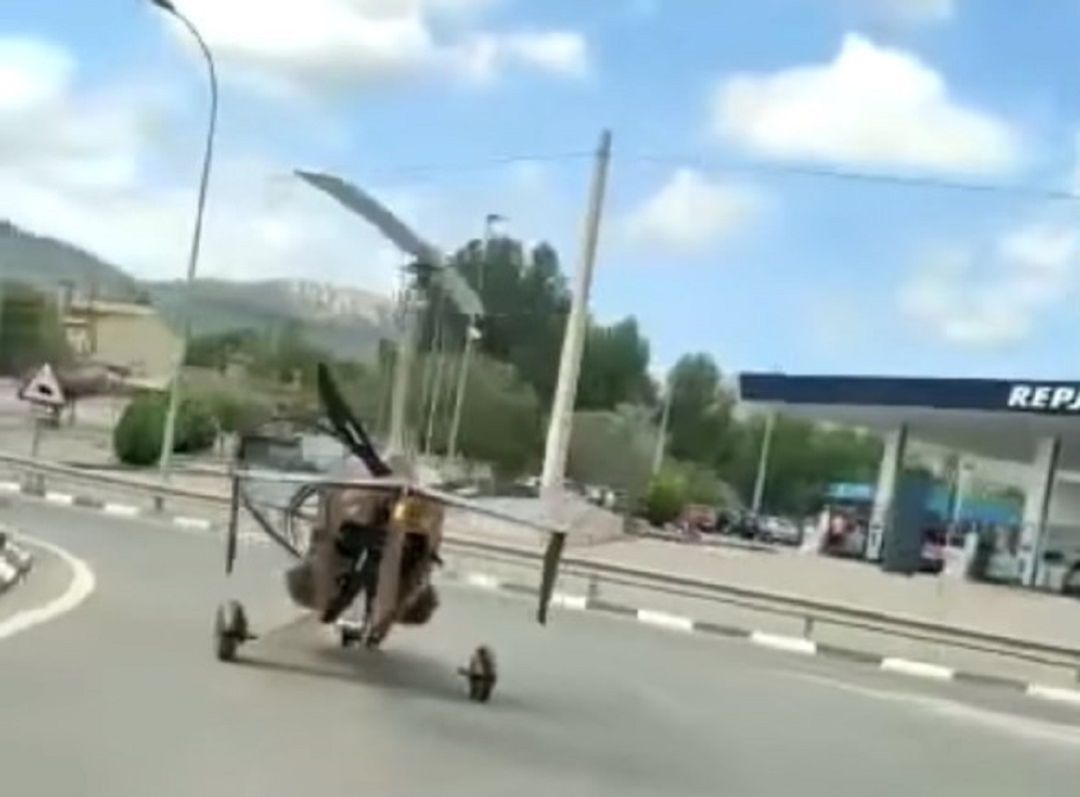 The Guardia Civil has denounced the pilot of a gyroplane for two traffic violations and air safety. This is a 38-year-old man who was driving on a regional road in Castalla, Alicante.

The agents of PEGASO (Specialist Police in Aeronautical Management and Operational Safety) of Alicante managed to identify the man after seeing several videos and photographs on social networks.

The pilot was surprised on the CV-815 road in the municipality of Castalla by several users on the road. The man traveled on this regional road to fill the fuel tank at a gas station in the town of Castalla.

After viewing the social media posts, research focused on identifying the aircraft and the pilot. However, it was a complicated task due to the lack of data. All they had was the video they had seen.

With the efforts made they managed to know that the vehicle, the gyroplane, left the aerodrome of Fuente Ovejuna, in Córdoba, and that it reached the aerodrome of Mutxamel, in Alicante. This time interval between the two airfields is when the refuelling occurred.

When they got the number plates, the troops tracked down the man. He explained that he had notified the Civil Aviation Accident and Incident Investigation Commission (CIAIAC) of an incident and that he did not know whether he should have notified anyone else.

The team informed the provincial traffic headquarters of Alicante for a violation of the General Traffic Regulations, for driving recklessly. Also for an infringement of the General Vehicle Regulations by driving with a vehicle that does not have the corresponding administrative authorisation.

It was also forwarded to the State Aviation Safety Agency (EASA) for a breach of Law 21/2003 on Air Safety.