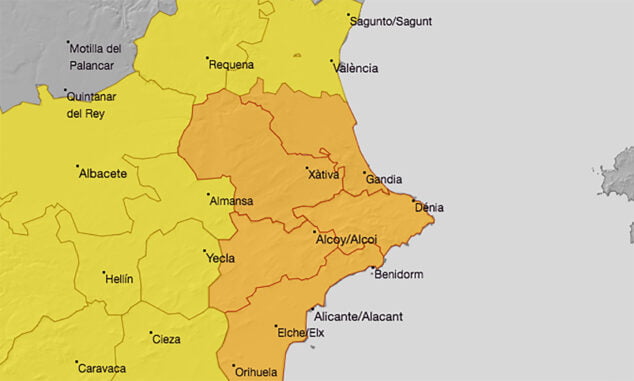 The summer says goodbye with rain in some areas of Spain. A High Level Isolated Depression (DANA) is expected between Monday and Wednesday, which will mainly affect the Mediterranean area.

Rainfall will continue in the north of Galicia, in the Cantabrian area and in the upper Ebro until this Wednesday with copious storms. In the rest of the country, a calmer time will be recorded.

In the Mediterranean area, squalls are likely due to the Gota Fria, which may be strong and will be accompanied by storms in eastern Catalonia and the Balearic Islands. They could be extended to the rest of Catalonia, Aragon, the Valencian Community and east of Castilla-La Mancha.

From Thursday a more stable, dry and sunny weather is expected to welcome autumn in most of the Peninsula and in the Balearic Islands after this possible DANA. There are some cloud intervals in a third of the northwest and occasional weak rainfall in the northwest of Galicia.

North component winds will predominate due to DANA. Temperatures are expected to rise from Wednesday, although they will be lower than the temperatures recorded this time of year.