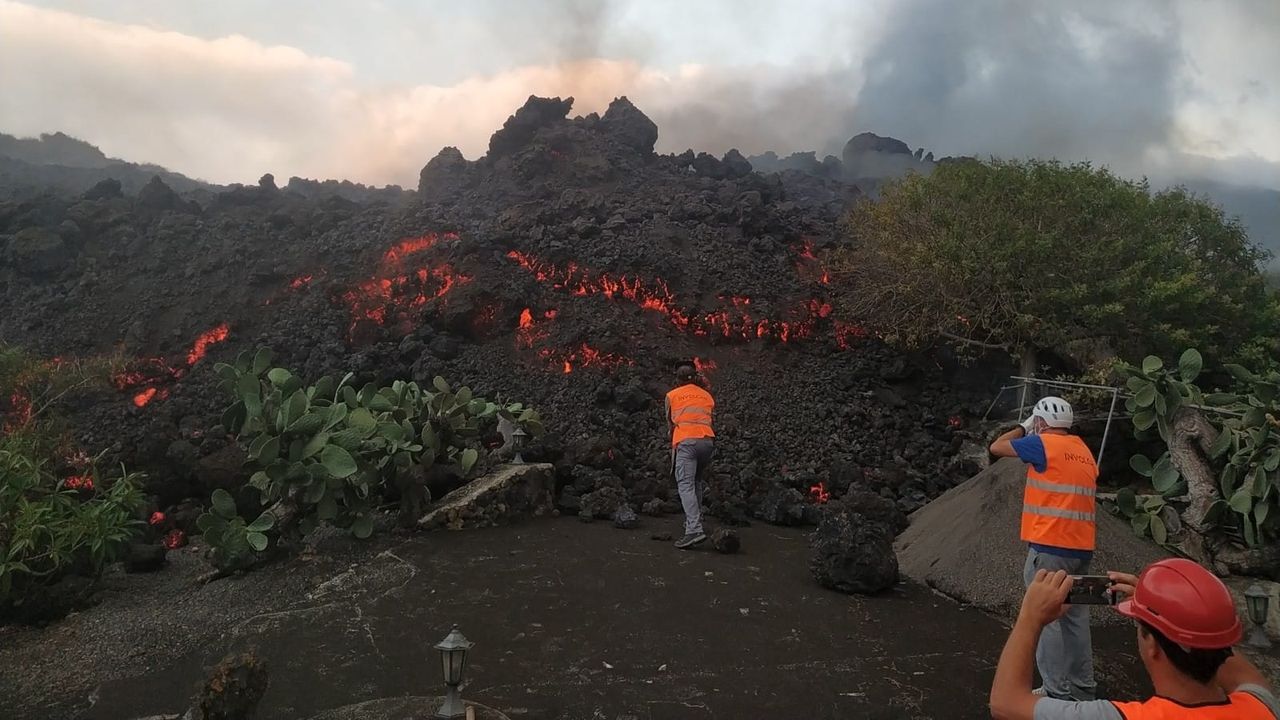 The volcano of La Palma continues to erupt after 5 days and today the king and queen are going to the island to transfer their support and solidarity to the people affected by Cumbre Vieja. Don Felipe and doña Letizia will be accompanied by Pedro Sánchez who returns to the Canary Islands after flying directly from New York, where he has spoken at the United Nations General Assembly. In addition to Sánchez, the king and queen will be accompanied by the president of the Canary Islands, Ángel Víctor Torres, and the Cabildo of La Palma, Mariano Hernández Zapata.

The cantonment of El Fuerte will be the first point visited by the monarchs, there have been more than a hundred rehoused of the around 5,500 people evacuated. Later, at the headquarters of the Cabildo of La Palma, they will have a meeting with the committee of the Volcanic Emergency Plan of the Canary Islands (Pevolca) to know the evolution that the volcanic eruption may have.

From Santa Cruz de la Palma, they will move to the command post, from where the emergency device is directed, to gather more information about the damage caused and to approach the area affected by the lava.

The President of the Government traveled to La Palma on Sunday, hours after the eruption of the La Palma volcano began and stayed on the island until Tuesday. That day he interrupted his stay to travel to New York and after speaking at the UN Assembly has returned.

The eruption of the Cumbre Vieja volcano has entered a new more explosive phase, Roberto Brasero explains that now “more smoke will be seen”. Experts point out that this is something that is on schedule. It has more intense activity and more explosions are generated.